The Jungle may be gone but solidarity lives on in Calais

Last week as the trial began of Scott Warren, a humanitarian aid volunteer who faces up to 20 years in prison for giving food, water and other supplies to migrants crossing into Arizona, I was reminded of the words of a refugee I met in Calais. It was the first day of the demolition of the “Jungle” camp in October 2016, and I had I stumbled upon a small but miraculous garden encircled by a white picket fence. A young man, Jamal, invited me in. As we stood between the flowerbeds - a steady stream of heavily-laden people trudging by - he told me that his garden was not the only thing of beauty in the Jungle. “Many friendships have blossomed here,” he said. “And so many people have to come here just to help us. That is a very beautiful thing.”

At its peak, the Calais camp was home to approximately ten thousand people. Despite its size, it never gained legal status as a refugee camp and received very little official aid or humanitarian support. To fill the gap hundreds of humanitarian volunteers and human rights defenders arrived to help. They provided essential services, distributing meals, blankets, clothing and hygiene kits as well as monitoring the behaviour of the police towards the camp’s inhabitants. 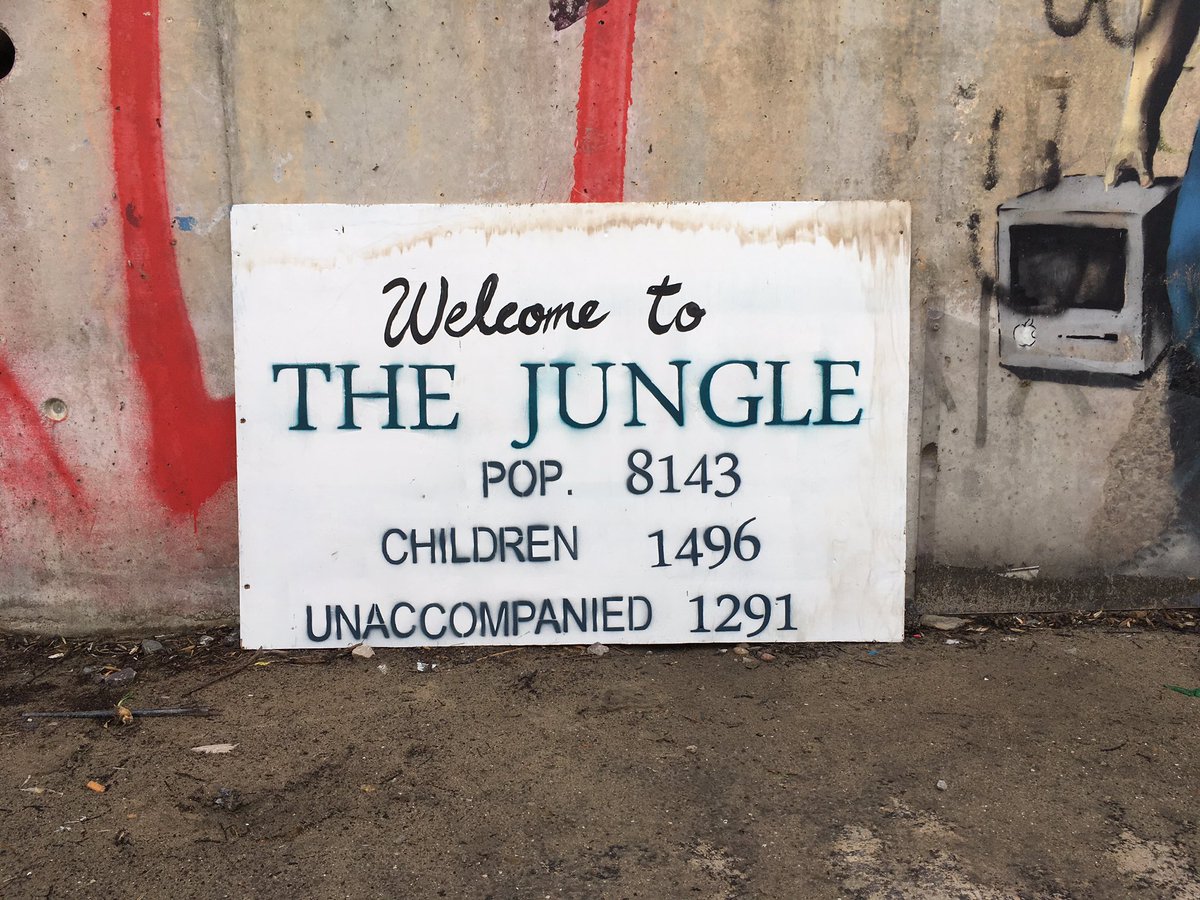 The demolition of the camp did not end the plight of the refugees and migrants in Calais and things have also become increasingly difficult for volunteers who want to help.

Whilst some refugees and migrants were transferred to accommodation in different parts of France, many others continue arriving and living around Calais and Grande-Synthe, a suburb of Dunkirk. There are currently well over 1,200 refugees and migrants, including lone children, scattered around northern France. Living in tents and informal camps, they have no regular access to food, water, sanitation, shelter or legal assistance and are subject to routine evictions, harassment, abuse and violence at the hands of the police.

In these circumstances, the role of human rights defenders who volunteer their support is crucial. Yet providing food to the hungry and warmth to the homeless have become increasingly risky activities. Rather than recognizing the importance of their work, authorities have treated human rights defenders as meddlers, trouble-makers or even criminals.

My garden is not the only thing of beauty in the Jungle. Many friendships have blossomed here and so many people have to come here just to help us. That is a very beautiful thing

A report last year by four organisations  found that there had been 646 instances of police harassment and abuse against volunteers between November 2017 and June 2018. This year there have been 72 recorded instances, but the real figure is likely to be much higher.

New research published by Amnesty International today reveals that for many human rights defenders, acts of intimidation, threats of arrest and abuse have become part and parcel of their daily work.

Charlotte Head, a volunteer from the Human Right Observers, described how she was violently pushed to the ground and choked by police in June 2018. She had been filming four police officers chasing a foreign national in Calais.

Last month marked the beginning of the trial of Tom Ciotkowski, a British volunteer who used his phone to film French riot police preventing volunteers from distributing food to migrants and refugees in Calais. Tom faces up to five years in prison. He was charged with contempt and assault after he challenged the violent actions of a policeman against another volunteer.

Another human rights defender, Loan Torondel, is currently appealing against his conviction for defamation after he tweeted a photograph of policemen standing over someone who had been evicted in Calais.

“This isn’t a sustainable working environment,” Loan told me last week. “I feel that I am caught between the acute needs of people I am trying to help and the intimidation of French authorities who are trying to hamper humanitarian activities and label our activities as crimes.”

The prosecution of people helping refugees and migrants has given birth to an oxymoronic new term, “crimes of solidarity”, which has been the subject of much legal wrangling. In 2018, a ruling by France’s Constitutional Council acknowledged that the “crime of solidarity” was not in line with the French Constitution and declared that the principle of “fraternité” protects the freedom to help others for humanitarian purposes, regardless of immigration status. Despite this, French authorities have continued to target activists helping refugees and migrants in northern France.

The criminalization of solidarity is not restricted to France. It is part of a disturbing trend across Europe where NGOs are attacked and people showing compassion are stigmatized. A study by Open Democracy this month found that 250 people across Europe have been arrested or criminalized for providing food, shelter and transport and other “basic acts of human kindness” to migrants over the last five years.

In Britain, the Stansted 15 who attempted to stop a deportation flight were charged under anti-terror legislation and in Hungary the provision of aid and support to refugees and migrants is now a criminal offence. A crackdown in Croatia has meant that NGOs can no longer work in refugees and migrants centres at all. In the Mediterranean people saving lives at sea have their boats impounded and are accused of “aiding illegal immigration” or even “people smuggling”.

While camps can be demolished and tents torn down, solidarity is not so easily destroyed

These attempts to clamp down on basic human decency are intended to discourage others from taking action in defence of human rights. It is an outrage that compassionate people who are driven to help others are being targeted by governments who have utterly failed in their responsibilities to people seeking safety. But people continue to register as volunteers and human rights defenders and there is still a strong presence of people in northern France, who will not let police threats deter them from showing simple humanity.

Two-and-a-half years ago, I watched as the bulldozers rolled into the Jungle. I could picture them crushing the white picket fence and flattening Jamal’s lovingly-tended garden. But while camps can be demolished and tents torn down, solidarity is not so easily destroyed. 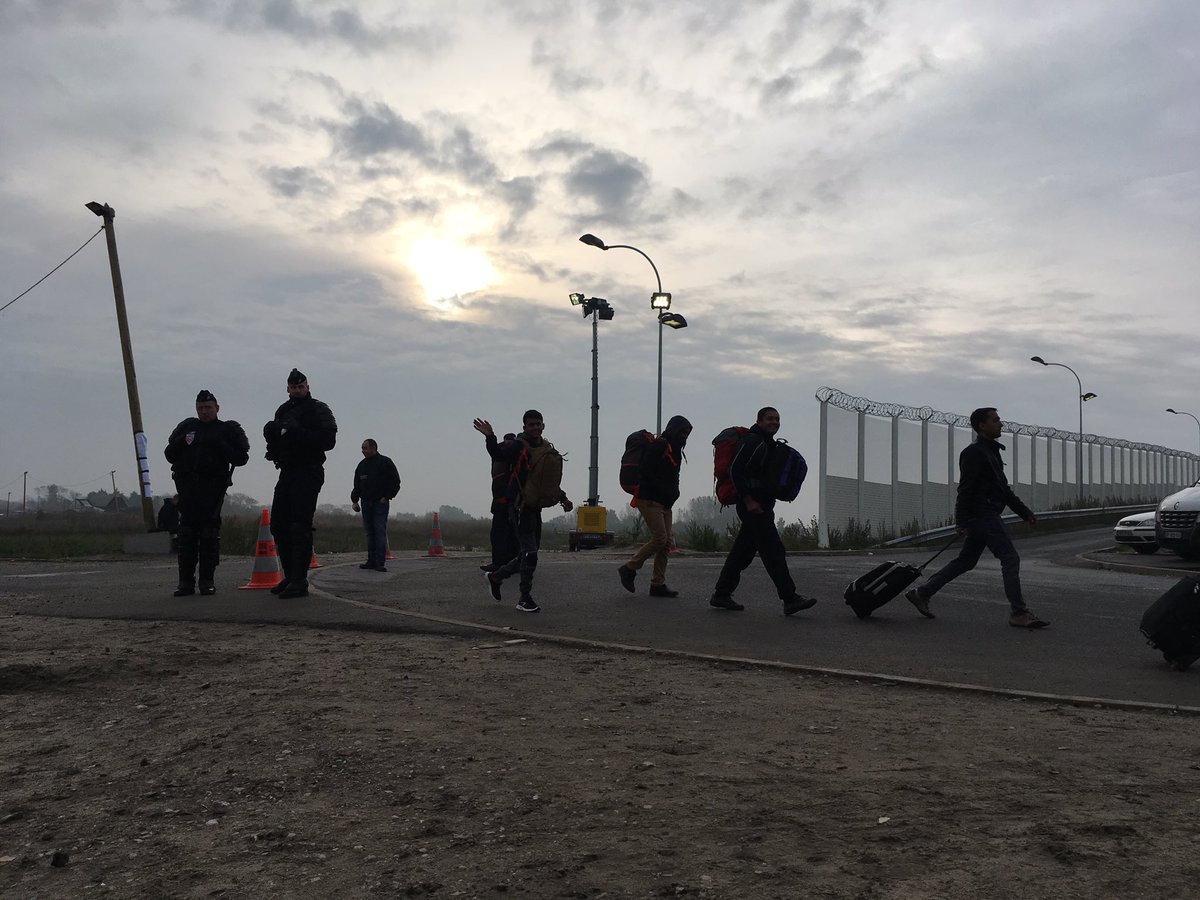 Stefan Simanowitz is Amnesty International’s media manager for Europe and monitored and photographed the eviction of the Jungle Camp in 2016.

This article was first published by Newsweek here.

Amnesty International's research can be read in the report, Targeting solidarity: Criminalization and harassment of people defending migrant and refugee rights in northern France

Blog series: how to start talking about sexual consent