Death sentences and executions in 2015

2015 saw a dramatic rise in the number of people executed – at least 1,634 – the highest recorded by Amnesty International since 1989.

Countries used various methods to kill: hanging, shooting, lethal injection, beheading. They did this with cold efficiency, driving the number of executions up by more than half, compared to 2014.

Nearly 90% of these happened in just three countries: Iran, Pakistan and Saudi Arabia. But these figures exclude China, where numbers remain a state secret.

While this spike in executions cast a long shadow across the year, there were still glimmers of hope. Four countries expunged the death penalty from their law books for good so that today, more than half of all countries in the world have turned their backs on this cruel, inhuman and degrading punishment.

Highest number of executions in 25 years

Amnesty recorded the highest number of executions in a quarter century in 2015. Numbers rose by 54%, with at least 573 more people killed than in 2014.

These figures do not include China, where we believe thousands are executed every year. Amnesty stopped publishing its estimated figures in 2009, challenging the Chinese government to reveal their own figures and demonstrate that they really are limiting their use of the death penalty – something they have claimed to be doing since the country’s highest court began reviewing all death penalty cases in 2007. China remained the world’s top executioner.

Executions in Saudi Arabia shot up by 76% compared to 2014; at least 158 people were put to death in 2015. Meanwhile, Iran executed at least 977 people, mainly for drug-related crimes.

Countries continued to flout other aspects of international law, putting to death people with mental or intellectual disabilities, as well as those charged with non-lethal crimes. Apart from drug-related offences, people were executed for crimes such as adultery, blasphemy, corruption, kidnapping and “questioning the leader’s policies”.

The number of countries that executed people rose – from 22 in 2014 to 25 in 2015. At least six countries resumed executions: Bangladesh, Chad, India, Indonesia, Oman and South Sudan. 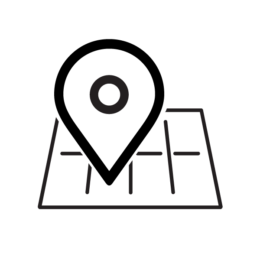 © Amnesty International
89%
of all executions happened in 3 countries

Pakistan executed more people than ever before

Since Pakistan lifted its freeze on civilian executions in December 2014, the country has leapt into an unenviable club of states that execute hundreds of people in a year. Today it rubs shoulders with Iran and Saudi Arabia, and is the third most prolific executioner.

It was an attack on a school in Peshawar, northwest Pakistan, that prompted the government to start executing again, something it had not done since 2008. Initially, the freeze was lifted for those charged with terrorist-related offences, but in March, the government resumed executions for all capital crimes, such as murder and blasphemy.

By the end of 2015, Pakistan had put to death 326 people – the highest number ever recorded by Amnesty. In a country where people are routinely denied the right to a fair trial, and evidence extracted through torture is used to seal convictions, hundreds of people are being sent to their deaths under the pretence of justice being served.

Relatives of Aftab Bahadur protest against his execution on 10 June in Pakistan for a murder committed in 1992, when he was 15 years old. The only “eye-witness” to the crime who testified later said that he had been pressured by the police into making a false statement against him.
© AFP/Getty Images
Siti Zainab Binti Duhri Rupa, an Indonesian domestic worker, was executed in Saudi Arabia on 14 April. According to media sources, she “confessed” to killing her employer during a police interrogation. Police suspected that she had a mental disability at the time of the interrogation.
Documentation of CIMW
A portrait of Warren Hill, who was executed by the US state of Georgia on 27 January. He was killed despite the fact that all the experts who had assessed him, including state experts, agreed that he had an intellectual disability. International law bans use of the death penalty on people with mental or intellectual disabilities.
© Associated Press
Shahrul Izani is at risk of execution in Malaysia. Found with 622g of cannabis, he was convicted of drug trafficking and sentenced to death in 2003. In Malaysia, anyone found carrying 200g or more of cannabis is automatically found guilty of drug trafficking. The only punishment a judge can give in such cases is the death penalty.
© Private
Fatemeh Salbehi was hanged in October 2015 in Iran for killing her 30-year-old husband, whom she was forced to marry when she was 16. Aged 17 at the time of the crime, she was one of four juvenile offenders executed in Iran in 2015. Iran is one of the world’s last executioners of juvenile offenders, in flagrant breach of international law.
© Private

While executions spiked in 2015, they were counterbalanced by a spate of abolitions. Four countries abolished the death penalty for all crimes – the highest number to do so in the space of one year for almost a decade.

Madagascar led the way in January, followed by Fiji in February. In March, the South American state of Suriname wiped the death penalty from its law books. And in November, Congo introduced a new Constitution that consigned the death penalty to history once and for all for its people.

Mongolia adopted a new Criminal Code outlawing the death penalty for all crimes in December which will enter fully into law in September 2016.

These developments are a clear indication that the trend towards abolition remains strong. Today, 102 countries – half the world – have turned their backs on the death penalty for good. Add to this countries which have abolished this punishment in practice, as opposed to law, and the total comes to two-thirds of the world.

Those that continue to execute are a tiny minority standing against a wave of opposition. These few countries have a choice to make – stay rooted in a system that values retribution over rehabilitation, or join the well-worn path to abolition and embrace the principle of every individual’s right to life.

On 24 April, Li Yan’s death sentence was suspended by a court in Sichuan province, China. She had been sentenced to death in August 2011 for killing her husband, despite evidence of sustained domestic violence and attempts by her to seek police protection.
© Amnesty International
Moses Akatugba, a former Nigerian death-row inmate, was pardoned on 28 May after nearly 10 years in jail. Arrested at age 16, he had been tortured with machetes, batons and pliers until he signed pre-written “confessions” about an armed robbery he said he never committed. Over 800,000 Amnesty supporters wrote letters, demanding justice for him.
© Private
Anthony Hinton walked free on 3 April after spending 30 years on death row in Alabama for a crime he did not commit. Not only had he been working 15 miles away at the time of the crime, but the gun used to convict him – an old revolver found at his mother’s house – did not match the bullets found at the murder scene.
REUTERS