On 17 October 2019, the Lebanese cabinet announced new tax measures to address an economic crisis. In response, tens of thousands of peaceful protesters took to the streets across the country calling for their social and economic rights, for accountability, an end to corruption, and the resignation of all political representatives.

Although the cabinet resigned, many of the ruling figures who have dominated the Lebanese political scene for decades remained in power. In January 2020, a new cabinet was appointed, with little change to address the population’s demands, and the protests continued.

On 4 August, an explosion at the port of Beirut killed at least 190 people, injured more than 6,500, and left an around 300,000 people homeless. The blast was caused by 2,750 tons of ammonium nitrate that had been stored unsafely in a warehouse.

This tragic event, against the backdrop of a global pandemic, financial crisis, and political crisis, reignited the October protests on 8 August with calls for accountability and justice. The street pressure resulted in the resignation of the cabinet for the second time since the beginning of the protests.

The largely peaceful protests since October 2019 have been met by the Lebanese military and security forces with beatings, teargas, rubber bullets, and at times live ammunition and pellets.

Instead of meeting its basic responsibilities towards the thousands of people left homeless and impacted by the blasts, the state seems to be on the attack against its population.

Protesters started assembling in multiple towns and cities across Lebanon on the evening of 17 October, following a cabinet announcement of new tax measures. To disperse the crowds, security forces used excessive force and huge amounts of teargas.
In March, the Lebanese government announced a lockdown and closed its borders and airport in response to the Covid-19 pandemic. Amnesty International called on the government to put in place measures to protect marginalized groups, including migrant domestic workers. After starting to pay them in the plunging local currency, many employers have stopped paying their foreign domestic workers and refused to provide them with tickets to return home.
Shortly after lockdown, the economy deteriorated with severe shortages of power and clean water supplies (there were electricity cuts lasting up to 22 hours per day in the week preceding the explosion), an unregulated devaluation of the Lebanese currency within less than a year, massive job losses and severe pay cuts, including in the already stretched health sector.
The Lebanese authorities have been relentlessly harassing journalists and activists who were visible during the October protest movement, through the use of defamation laws that fail to meet international standards and unduly restrict people’s right to exercise their freedom of expression.
On 4 August, an explosion at the port of Beirut killed at least 190 people, injured more than 6,500, and left an around 300,000 people homeless. Four main hospitals in the capital city were badly damaged, and 2,000 doctors were either physically injured or had their clinics damaged.
©AFP via Getty Images
On 10 August, the government resigned remaining in place as a caretaker government. This came after thousands of protesters called from Beirut’s Martyrs’ Square for justice for the victims, accountability and an end to the impunity. The Lebanese army and security forces responded to them with a shoot-to-harm policy against unarmed protesters, causing more than 230 injuries.
According to the United Nations Office for the Coordination of Humanitarian Affairs (OCHA), 40,000 buildings were damaged, with 3,000 residential structures seriously damaged; an estimated 70,000 workers lost their jobs due to the explosion, directly impacting 12,000 households. The disaster relief effort is estimated at USD $565 million at a time when the state’s institutions, and the vast majority of people, are bankrupt. Amnesty International launched a fundraiser to support local initiatives providing disaster relief in Beirut.

Excessive use of force

The protests across Lebanon have been overwhelmingly peaceful. The response from the army and security forces however has been fluctuated across regions and moments. Amnesty International has documented patterns of excessive use of force, including the unlawful use of teargas canisters and beating protesters.

In the most violent episode since the protests began, the Lebanese army and security forces, as well as unidentified men in civilian clothes, shot at unarmed crowds during protests in Beirut that took place in the days following the Beirut explosion. More than 230 people were injured, with some being injured by pellets shot in their eyes. Teargas cannisters were shot directly into crowds injuring protesters in their heads and faces, and targeting doctors who were treating the injured.

I saw him aiming at me while I threw stones and said don’t shoot! I’ll stop throwing the stones… but he shot me four times in the stomach

In the earlier days of the protests on 26 October 2019, the army opened fire against dozens of protesters staging a sit-in the Beddawi area of Tripoli in north Lebanon. Soldiers attempting to clear a road began to beat the protesters who responded by throwing stones at them. The soldiers then opened fire using live ammunition seriously wounding at least two protesters.

To date, there have been no transparent investigations into the excessive use of force nor remedy to victims.

Amnesty International launched an interactive, multimedia site, Teargas: An investigation, looking into what tear gas is, how it is used and documenting scores of cases of its misuse by security forces worldwide, often resulting in severe injuries or death.

Violations by the Authorities 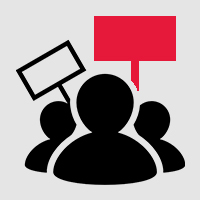 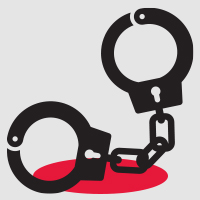 Amnesty International
Torture and other ill-treatment Amnesty International
Use of excessive force Crackdown on freedom of expression

Lebanese authorities have been relentlessly harassing journalists and activists visible during the October protest movement, by repeatedly summoning and interrogating them on the basis of problematic defamation laws, in a manner that could cause a chilling effect on the wider movement and on the right to freedom of peaceful assembly.

Between 17 October 2019 and 24 June 2020, Amnesty International reviewed 75 cases of individuals who were summoned, including 20 journalists, based on charges of defamation in relation to social media posts criticizing the authorities. A range of military and security institutions have been responsible for these, despite the fact that none of these are mandated to look into matters of free speech. Individuals were threatened with prosecution and pressured into deleting the social media posts and/or signing illegal pledges to stop criticizing, organizing or protesting. Some of these individuals have themselves in turn pressed charges, including claims of torture – but the judiciary has to date failed to open any investigations into such claims.

Military and security forces arrests hundreds of peaceful protesters across Lebanon, including Sour, Jal el Dib, Zouk, Beirut, and Beddawi. Amnesty International has documented a number of violations, including arrests without warrant, severe beatings, insults and humiliation, blindfolding and forced confessions. Four people in Beddawi were unlawfully detained for six days by the military before being released. Their whereabouts were unknown and they were denied access to their lawyers and family, amounting to possible enforced disappearance under international law. Two people told the organization that they had been subjected to mock executions. In the rare cases where a minority of protesters were involved in vandalism, security forces responded disproportionately, including by arresting a number of peaceful protesters.

Lebanon: Investigate alarming use of force on largely peaceful protests

Lebanon: Arbitrary arrests and beatings of protesters must immediately end

Lebanon: New government must immediately rein in security forces after weekend of violence