We know that, together, we can end the death penalty everywhere.

Every day, people are executed and sentenced to death by the state as punishment for a variety of crimes – sometimes for acts that should not be criminalized. In some countries, it can be for drug-related offences, in others it is reserved for terrorism-related acts and murder.

Some countries execute people who were under 18 years old when the crime was committed, others use the death penalty against people with mental and intellectual disabilities and several others apply the death penalty after unfair trials – in clear violation of international law and standards. People can spend years on death row, not knowing when their time is up, or whether they will see their families one last time.

The death penalty is the ultimate cruel, inhuman and degrading punishment. Amnesty opposes the death penalty in all cases without exception - regardless of who is accused, the nature or circumstances of the crime, guilt or innocence or method of execution.

Amnesty International holds that the death penalty breaches human rights, in particular the right to life and the right to live free from torture or cruel, inhuman or degrading treatment or punishment. Both rights are protected under the Universal Declaration of Human Rights, adopted by the UN in 1948.

Over time, the international community has adopted several instruments that ban the use of the death penalty, including the following:

The death penalty is a symptom of a culture of violence, not a solution to it.

The use of the death penalty for crimes committed by people younger than 18 is prohibited under international human rights law, yet some countries still sentence to death and execute juvenile defendants. Such executions are few compared to the total number of executions recorded by Amnesty International each year.

However, their significance goes beyond their number and calls into question the commitment of the executing states to respect international law.

Where do most executions take place?

In 2019, most known executions took place in China, Iran, Saudi Arabia, Iraq and Egypt – in that order.

China remains the world’s top executioner – but the true extent of the use of the death penalty in China is unknown as this data is classified as a state secret; the global figure of at least 657 recorded in 2019 excludes the thousands of executions believed to have been carried out in China.

Reasons to abolish the death penalty

It is irreversible and mistakes happen. Execution is the ultimate, irrevocable punishment: the risk of executing an innocent person can never be eliminated. Since 1973, for example, more than 160 prisoners sent to death row in the USA have later been exonerated or released from death row on grounds of innocence. Others have been executed despite serious doubts about their guilt.

It does not deter crime. Countries who execute commonly cite the death penalty as a way to deter people from committing crime. This claim has been repeatedly discredited, and there is no evidence that the death penalty is any more effective in reducing crime than life imprisonment.

It is often used within skewed justice systems. In many cases recorded by Amnesty International, people were executed after being convicted in grossly unfair trials, on the basis of torture-tainted evidence and with inadequate legal representation. In some countries death sentences are imposed as the mandatory punishment for certain offences, meaning that judges are not able to consider the circumstances of the crime or of the defendant before sentencing.

It is discriminatory. The weight of the death penalty is disproportionally carried by those with less advantaged socio-economic backgrounds or belonging to a racial, ethnic or religious minority. This includes having limited access to legal representation, for example, or being at greater disadvantage in their experience of the criminal justice system.

It is used as a political tool. The authorities in some countries, for example Iran and Sudan, use the death penalty to punish political opponents.

What is Amnesty doing to abolish the death penalty?

For 40 years, Amnesty has been campaigning to abolish the death penalty around the world.

Amnesty monitors its use by all states to expose and hold to account governments that continue to use the ultimate cruel, inhuman and degrading punishment. We publish a report annually, reporting figures and analysing trends for each country. Amnesty's latest report, Death Sentences and Executions 2019, was released in April 2020.

The organisation's work to oppose the death penalty takes many forms, including targeted, advocacy and campaign based projects in the Africa, Asia-Pacific, Americas and Europe and Central Asia region; strengthening national and international standards against its use, including by supporting the successful adoption of resolutions on a moratorium on the use of the death penalty by the UN General Assembly; and applying pressure on cases that face imminent execution. We also support actions and work by the abolitionist movement, at national, regional and global level.

When Amnesty started its work in 1977, only 16 countries had totally abolished the death penalty. Today, that number has risen to 106 - more than half the world's countries. More than two-thirds are abolitionist in law or practice.

Thanks to Amnesty’s campaigning efforts, the execution of Hafez Ibrahim, from Yemen, was stopped not once, but twice. Hafez, who was accused of a crime he insists he didn’t commit, first faced a firing squad in 2005. He was taken to a small yard in a Yemeni prison and brought before a row of officers with rifles in hand. He thought that moment would be his last.

Just before he was about to be shot, he was taken back to his cell, with no explanation. “I was lost, I did not understand what was happening. I later learned that Amnesty International had called on the Yemeni President to stop my execution and the message was heard,” Hafez said.

In 2007, Hafez was about to be executed again when he sent a mobile text message to Amnesty. “They are about to execute us,” Hafez said.

It was a message that saved his life. The message sparked an international campaign, persuading the President to stop the execution for a second time.

Now Hafez is a lawyer helping juveniles who languish on death row corridors across Yemen. “I owe my life to Amnesty. Now I dedicate that life to campaigning against the death penalty.”

Activists on a mission: Souleymane Sow 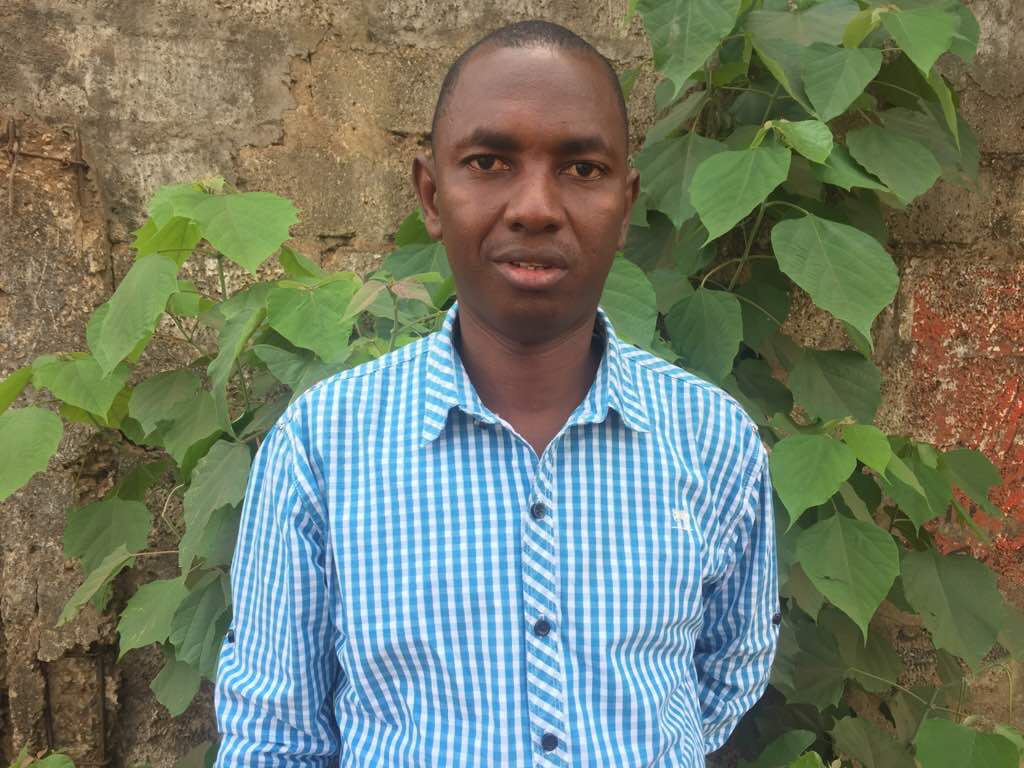 Amnesty’s work to abolish the death penalty is also bolstered by its incredible activists, who take it upon themselves to campaign against this abhorrent practice.

Souleymane Sow, has been volunteering with Amnesty International since he was a student in France. Inspired to make a difference, he returned to Guinea, set up a local group of Amnesty International volunteers and got to work. Their aim? To promote the importance of human rights, educate people on these issues and abolish the death penalty. Along with 34 NGOs, they finally achieved their goal last year.

“My colleagues and I lobbied against the death penalty every day for five months. In 2016, Guinea’s National Assembly voted in favour of a new criminal code which removed the death sentence from the list of applicable penalties.  Last year, they did the same in the military court, too,” said Souleymane.

“It was such an incredible achievement – and it showed the importance of people power. It was the first time so many NGOs had come together to campaign on an issue. People said they were happy with our work and they could see that change is possible. Most of all, it inspired us to continue campaigning.”

of people were likely executed in China, but the numbers remain classified

UN Crime Congress: Abolition of the death penalty must be an integral part of crime prevention programmes and criminal justice reforms