By listing properties and attractions in Israeli settlements, digital tourism companies are profiting from war crimes.

Digital companies are revolutionizing how the world does tourism. Corporations like Airbnb, Booking.com, Expedia and TripAdvisor, which dominate the multi-billion-dollar global online tourism industry, have become hugely successful. These companies all also list numerous hotels, B&Bs, attractions or tours in Israeli settlements in the Occupied Palestinian Territories (OPT). They are doing so despite knowing that Israel’s settlements are illegal under international law, and a war crime.

These companies also know that Israeli settlements have a negative impact on a vast number of human rights of the Palestinian population. This has been extensively documented by the United Nations and independent international organizations, including Amnesty International and many Palestinian and Israeli organizations.  Any basic preliminary risk assessment by the companies would reveal that any business activity in or with settlements would unavoidably contribute to sustaining an illegal situation, as well as a regime that is inherently discriminatory and abusive of the human rights of Palestinians.

All four companies claim to operate under high ethical values and respect for the rule of law. However, none of these standards appears to influence the companies’ decisions in relation to settlement listings. In doing business with settlements, all four companies are contributing to, and profiting from, the maintenance, development and expansion of illegal settlements, which amount to war crimes under international criminal law. Their promotion of Israeli settlements in the OPT as a tourist destination also has the effect of “normalizing”, and legitimizing to the public what is recognized under international law as an illegal situation.

In a new report, Destination: Occupation, Amnesty International documents the ways in which digital tourism companies  contribute to violations of human rights and act in direct contradiction with their own corporate standards.

At night a bulldozer could destroy everything. Children here live in fear.

Amnesty International's research examines the ways in which leading digital tourism companies are participating in Israel’s plans to boost tourism to illegal settlements by listing settlement properties and attractions.

In November 2018, Airbnb announced - but has not yet implemented - the removal of ~200 listings in Israeli settlements in the “occupied West Bank”. But this commitment did not extend to its 100 listings in settlements in East Jerusalem, even though this too is occupied territory.

Booking.com is the world’s most popular accommodation booking website. Amnesty International found that Booking.com listed 45 hotels and rentals in settlements, including in East Jerusalem.

The US-listed company, Expedia, is the owner and operator of the accommodation booking websites Expedia.com and Hotels.com. These sites list nine accommodation providers, including four large hotels, in settlements in the OPT including in East Jerusalem

TripAdvisor, based in the USA, claims to run the world’s most visited travel-related site. Amnesty International found that TripAdvisor lists more than 70 different attractions, tours, restaurants, cafés, hotels and rental apartments in settlements in the OPT, including in East Jerusalem.

The Tourism Industry of the Settlements

Since 1967, it has been Israeli government policy to promote the creation and expansion of Israeli settlements in the OPT. There are now approximately 250 settlements. Some have fewer than 100 residents. Others, such as Ma’ale Adumim, which has a population of about 37,000, are well-resourced towns.

Most states and international bodies have long recognized that Israeli settlements are illegal under international law. Yet despite broad recognition of the illegality of settlements, Israel continues to flagrantly disregard international law, and is constructing thousands of new housing units. Palestinian civilians continue to be subjected to forcible displacement, the confiscation of their land and natural resources, the demolition of their homes, properties and infrastructures, and the restrictions on their movement. This has a devastating impact on Palestinians’ rights to an adequate standard of living, to work, to housing, to health, and to education and has progressively crippled the Palestinian economy.

An independent fact-finding mission, mandated by the UN Human Rights Council to investigate the human rights implications of the Israeli settlements in the OPT, reported in 2013 on how a range of business activities, involving both Israeli and foreign companies, sustains the illegal settlements. A report by the UN Office of the High Commissioner for Human Rights (OHCHR), published in 2018, noted that tourism activities “ensure the sustainability of residential settlement communities” and “contribute to the profitability of the settlements”.

[Tourism activities] contribute to the profitability of the [Israeli] settlements.

Israel provides a range of financial incentives to businesses working across a range of sectors that operate in settlements as part of its policy to help sustain and expand them. As part of this, Israel has increased support to the tourism industry linked to settlements in recent years. It has allocated considerable financial resources to develop tourism attractions and infrastructure.

Israel’s policy of developing a tourism industry based in and around settlements comes as the country enjoys a boom in visitor numbers. In 2018, there were more than four million visitors to Israel - a record total. This growth has brought financial benefits both to Israel and to businesses operating in occupied territory. This is because most foreign visitors also enter the OPT, visiting major tourist attractions such as the City of David National Park in East Jerusalem and the Dead Sea. Even small rural settlements receive large number of visitors.

As well as the financial gains, the Israeli government has political and ideological reasons for developing a tourism industry in the West Bank. Settler groups supported by the Israeli government emphasize the Jewish people’s historic connections to the region. Israel has constructed many of its settlements close to archaeological sites to make the link between the modern State of Israel and its Jewish history explicit. At the same time, Israel downplays or ignores the significance of non-Jewish periods at archaeological and historic sites.

The designation of certain locations as tourist sites is also used by the Israeli government to justify the takeover of Palestinian land and homes. This has resulted in forced evictions as well as restrictions on the ability of Palestinian residents to establish or expand their homes or use land for agricultural purposes.

TripAdvisor is the main focus of this campaign because of the company’s relative importance to the tourism industry in Israeli settlements: TripAdvisor is the most visited online tourism website by foreign visitors to Israel; and it promotes more listings (at least 70) in more settlements (27) than any other digital tourism company - with the exception of Airbnb, which pledged in November 2018 to remove most of its listings in settlements. 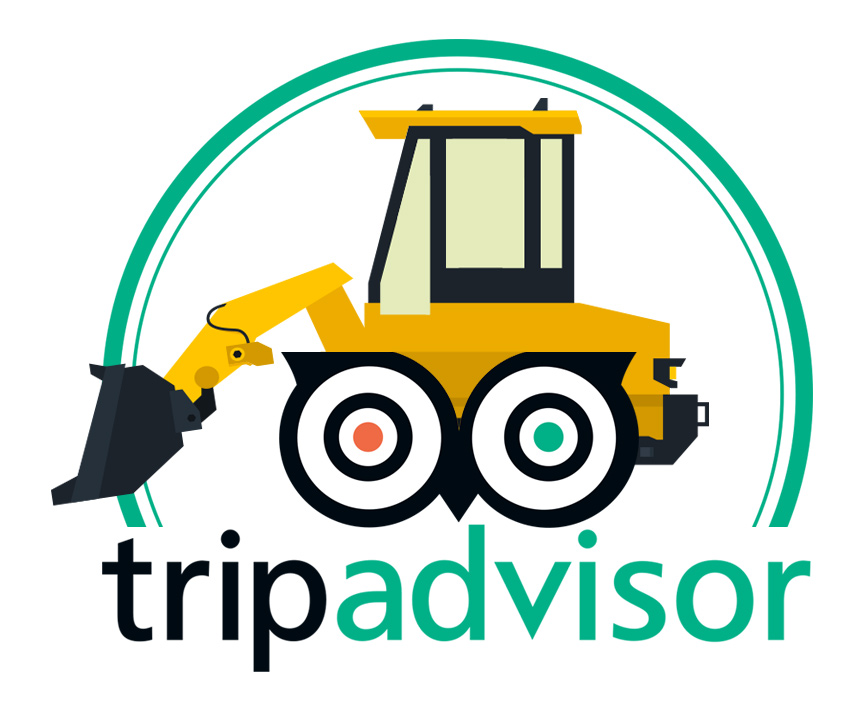 By listing more than 70 different properties, activities and attractions in illegal Israeli settlements in the Occupied Palestinian Territories, TripAdvisor is boosting the settlement economy and contributing to settlement expansion. The company’s promotion of settlements as a tourist destination helps to “normalise” and legitimise them to the public. 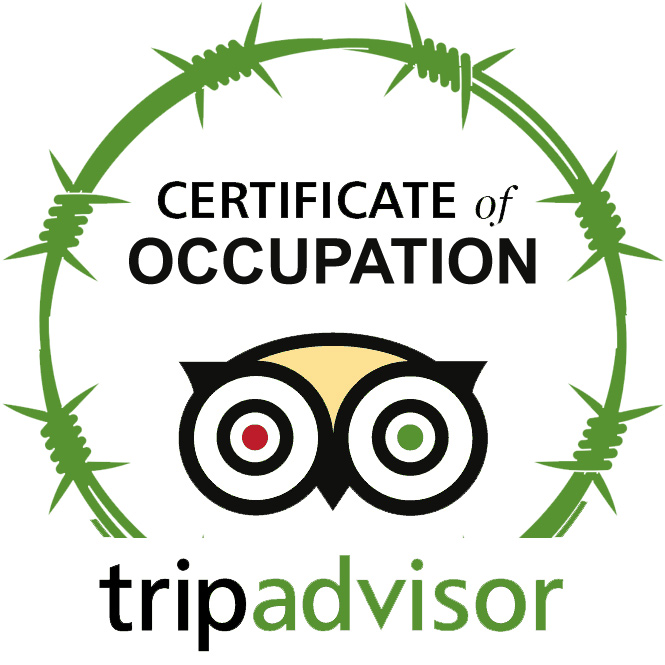 Settlements are illegal under international law - their creation amounts to a war crime. Settlements are on stolen Palestinian land. They should not be tourist destinations!

The Illegality of Israeli Settlements

All state parties to the Fourth Geneva Convention, which include Israel and its key economic partners, are under an obligation to “ensure respect” for the Convention. This includes taking steps to enforce compliance among those under the state’s jurisdiction. Israel’s settlement project entails serious breaches of peremptory norms, which give rise to certain additional duties on all states. Although different in substance, the implications of these duties converge in one clear direction: states must not promote, support or allow business entities domiciled or headquartered within their jurisdiction to conduct business in the settlements or with settlement actors. Such activities fuel the settlement economy, which helps finance the continued existence and expansion of illegal settlements. States must equally prohibit or regulate activities taking place within their jurisdiction which support, promote or fuel the settlement economy. A failure to act to prohibit or regulate these activities, when a state is both practically and legally able to do so, is contrary to its obligations under international law.

THE DUTY TO PROTECT HUMAN RIGHTS BEYOND BORDERS

In addition to ensuring respect for the rights of protected persons in situations of conflict, third states have a duty to protect their human rights from potential abuses by corporate actors over which they exercise regulatory control.

Many UN treaty bodies, including the Committee on Economic, Social and Cultural Rights and the Human Rights Committee, have affirmed states’ extraterritorial obligation to prevent and redress infringements of human rights that occur outside their territories due to the activities of business entities over which they can exercise control. The UN Guiding Principles on Business and Human Rights (UN Guiding Principles) specifically address the implications of state duties in relation to businesses operating in conflict-affected areas. Among other measures, they recommend that states ensure their “policies, legislation, regulations and enforcement measures are effective in addressing the risk of business involvement in gross human rights abuses.”

Map of the West Bank

Governments worldwide must take action to regulate companies or activities over which they have control in order to prevent them from fuelling the settlement economy and, is so doing, sustaining Israel’s illegal settlement enterprise. Failing to do so and merely standing by makes them complicit in this enterprise. In the specific context of the tourism activities cited in this report, governments must take regulatory action to ensure digital tourism companies, including Airbnb, Booking.com, Expedia and TripAdvisor, do not do business with Israeli settlers and do not promote settlers’ tourism services in the OPT.

To comply with their responsibilities to uphold international humanitarian law and respect human rights, Airbnb, Booking.com, Expedia and TripAdvisor must stop listing tourist accommodation, activities and attractions in settlements or run by settlers in the OPT, including East Jerusalem.

for complete footnotes, sources, and documentation

Read the report, chapter by chapter:

Chapter 1: Background on the Occupation

Chapter 2: The Tourism Industry of the Settlements