Many of these women led the campaign for the lifting of the driving ban on women over the past years. The ban was lifted in June 2018, but the women who made it happen still haven’t had the opportunity to legally sit behind the wheel, instead they are sitting behind bars, locked up in prison cells.

For the first three months of their detention, several of the women activists endured torture, sexual abuse and other forms of ill-treatment when they were held incommunicado and in solitary confinement with no access to their families or lawyers. Nassima al-Sada was held in solitary confinement for approximately one year in al-Mabahith prison in Dammam.

On 13 March 2019, Loujain, Iman, and Aziza were among 11 women activists brought to trial before the Criminal Court in Riyadh. The court session was closed and diplomats and journalists were banned from attending. Several women activists face charges of contacting foreign media, other activists and international organizations including Amnesty International. Some of them were also accused of “promoting women’s rights” and “calling for the end of the male guardianship system.”

Following the court session, Iman, Aziza and a few other women activists including Dr Ruqayyah al-Muharib, Amal al-Harbi, Dr. Hatoon al-Fassi, Dr. Abir al-Namankani and Maysaa al-Mane’a were temporarily and provisionally released. However, they continue to face trial and remain at risk of being sentenced to prison terms. Releasing these women from detention is not enough, Saudi authorities must drop all charges against them. In July, Nassima al-Sada and Samar Badawi were also brought to trial facing similar charges related to their activism.

On 30 January 2020 the authorities resumed the trial sessions of the Saudi women activists, which have been dormant since May 2019 and a number of foreign diplomats were not allowed to monitor the sessions – including representatives from Belgium, USA, UK, Norway, Australia and the European Union.

Loujain, Samar, Nassima and two other women’s rights activists are still locked up in prison away from their loved ones. They must be immediately and unconditionally released to continue their peaceful human rights work towards a better future for their country and people.

King Salman and Crown Prince Mohammed Bin Salman have been initiating social and economic reforms in the Kingdom. But these cannot cover up the ongoing human rights abuses and brutal crackdown on human rights activists and any persons daring to express an independent opinion. Actual change can only be achieved with those who have been leading the fight for this change, not despite them.

These women are the visionaries and drivers of change in Saudi Arabia. They cannot be punished for it! The authorities must drop all charges against them. Tell King Salman to release them immediately!

Click here to view the timeline in full screen.

Who are some of the detained women human rights defenders? 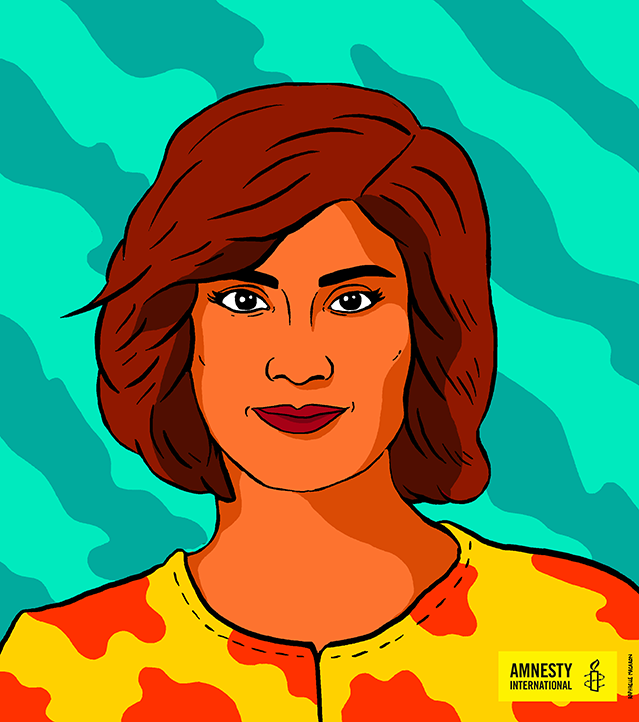 Loujain al-Hathloul, is one of the most outspoken women human rights defenders in Saudi Arabia. She is well-known for her campaigning against the driving ban and the campaign to end the male guardianship system. In 2014, she was detained for 73 days after she attempted to drive into Saudi Arabia from the United Arab Emirates. Loujain al-Hathloul also went on to stand for election in Saudi Arabia in November 2015 – the first time women were allowed to both vote and stand in elections in the state. However, despite finally being recognized as a candidate, her name was never added to the ballot. 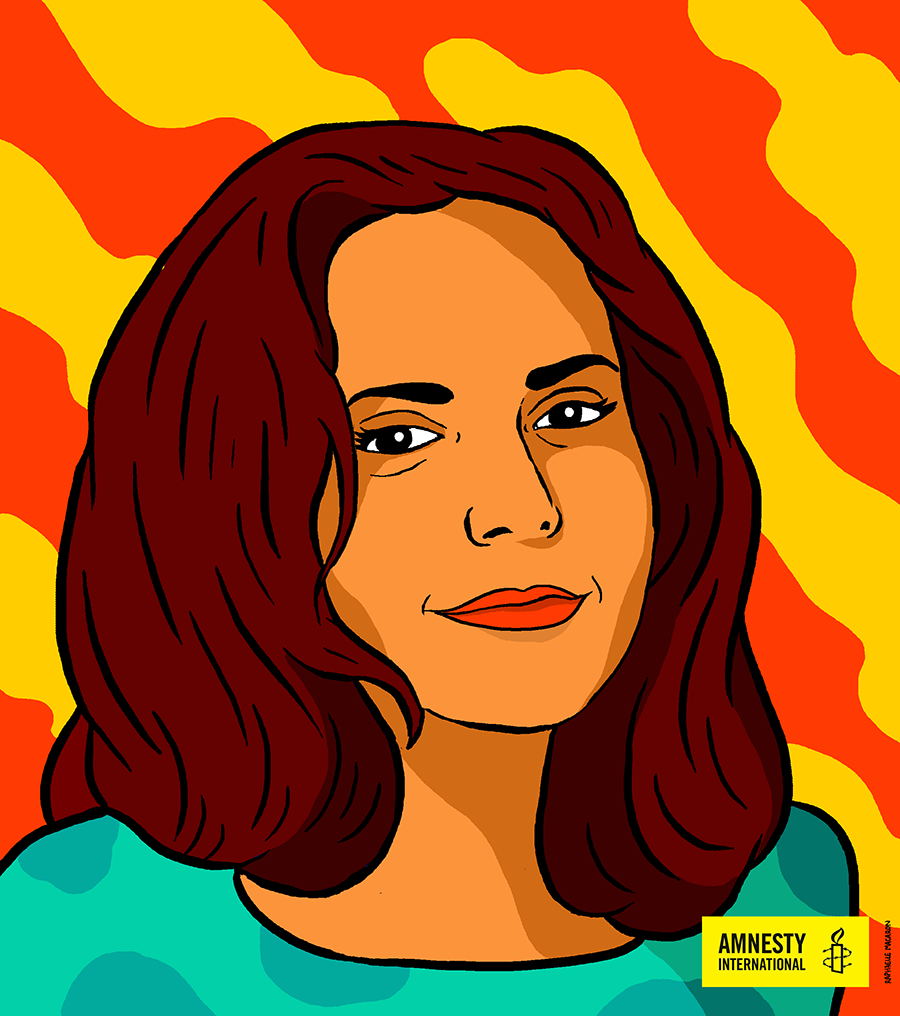 Iman al-Nafjan, an activist, blogger, linguistics professor and mother of four has been one of the leading campaigners for women’s right to drive and the campaign to end the male guardianship system in Saudi Arabia. She defied the driving ban in 2013 and has been repeatedly harassed for her human rights work.

Iman al-Nafjan was detained without charge or trial from 17 May 2018 until 13 March 2019, when she appeared for her first court session. On 28 March, Iman al-Nafjan was released provisionally, however she remains on trial on charges related to her human rights work that could result in a lengthy prison sentence. 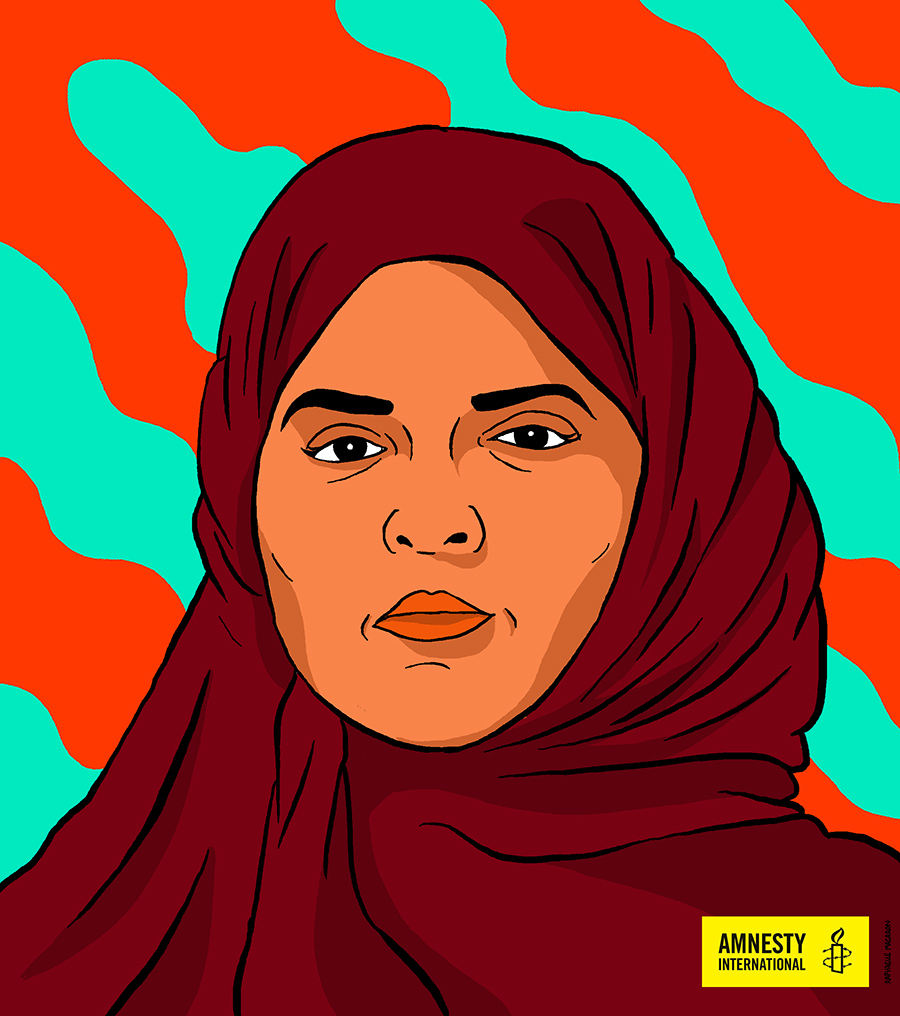 Aziza al-Youssef is an activist, retired professor, mother of five and grandmother of eight. She is a prominent women’s rights activist who has worked tirelessly to support women’s rights in Saudi Arabia. She has repeatedly participated in defying the driving ban and has been harassed and interrogated for her human rights work. In 2016, she delivered a petition signed by 15,000 people to the royal court, demanding an end to the male guardianship system.

Aziza al-Youssef was detained without charge or trial from 17 May 2018 until 13 March 2019, when she appeared for her first court session. On 29 March, Aziza al-Youssef was released provisionally, however she remains on trial on charges related to her human rights work that could result in a lengthy prison sentence. 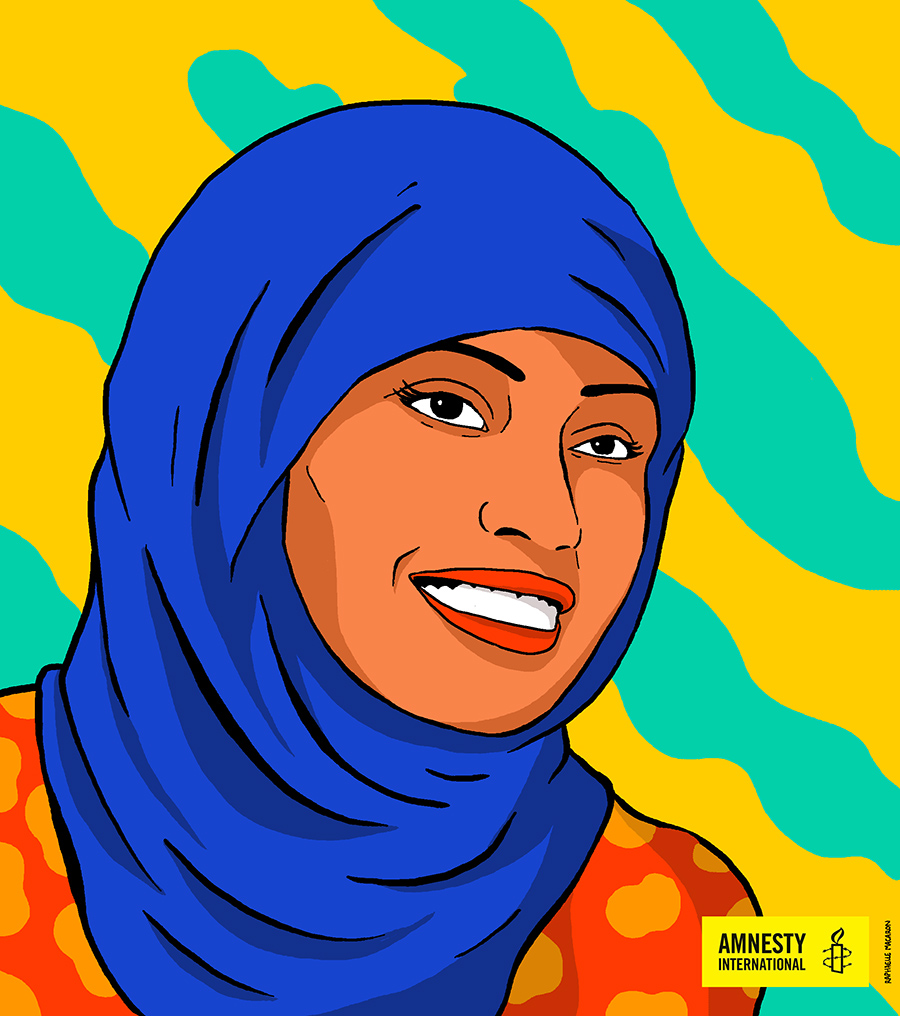 Samar Badawi, an activist and mother of two, has been repeatedly targeted and interrogated by the Saudi Arabian authorities for her human rights activism. In 2014, she was subjected to a travel ban and in 2016 was arrested for her human rights work. She is the sister of imprisoned blogger Raif Badawi, who was sentenced to 10 years in prison and 1,000 lashes for setting up a website for public debate.

Saudi officials detained Samar Badawi without charge or trial from July 2018 until June 2019, when she appeared for her first court session. She remains in prison pending the next court session. 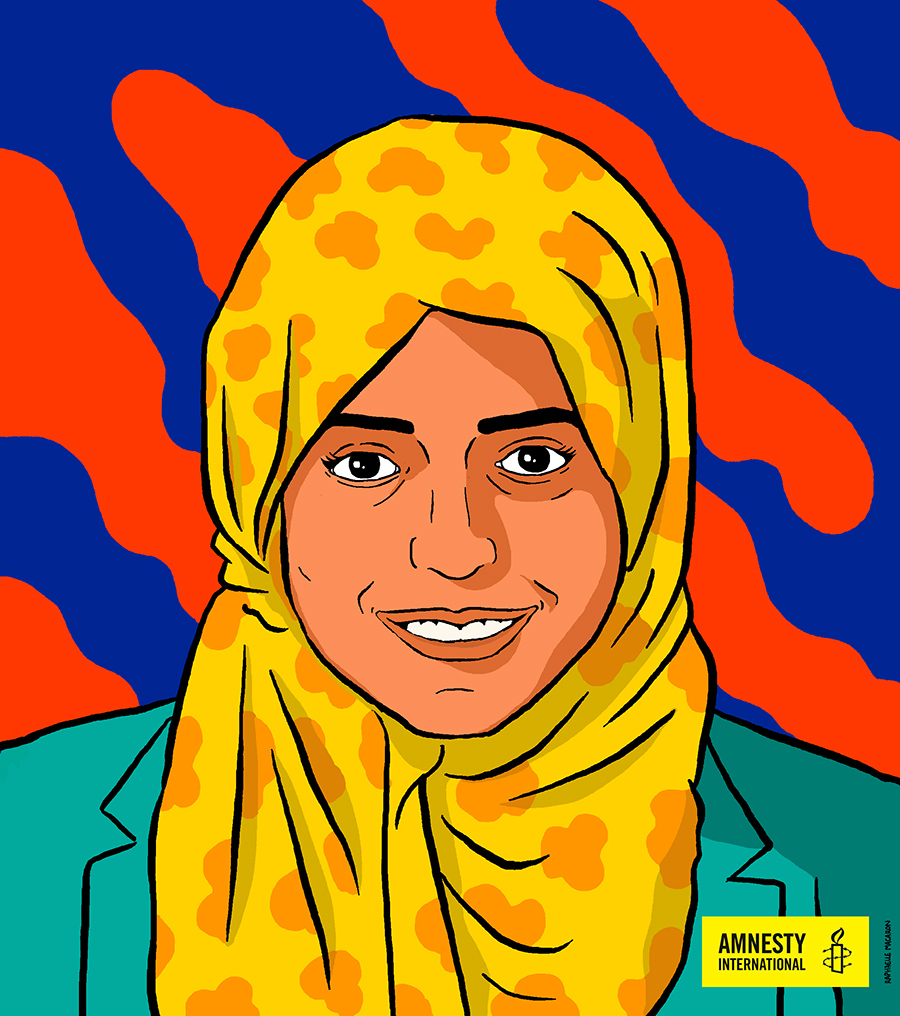 Nassima al-Sada, an activist, human rights educator and mother of three has campaigned for civil and political rights, women’s rights and the rights of the Shi’a minority in the Eastern Province of Saudi Arabia for many years. She stood in municipal elections in 2015 but was banned from participating. She has also campaigned for the right of women to drive and for the end of male guardianship system.

Nassima al-Sada has been detained since July 2018 without charges or trial and has been placed in solitary confinement from February 2019 until beginning 2020.

Saudi officials detained Nassima al-Sada without charge or trial from July 2018 until June 2019 when she appeared for her first court session. She remains in prison pending the next court session.

Here's what you can do:

#Saudi women’s rights activists are locked up in prison ONLY for promoting women’s rights. @KingSalman, release them now! #FreeSaudiHeroes

Write to the Saudi Arabian authorities to:

Office of His Majesty the King
Royal Court, Riyadh
Kingdom of Saudi Arabia
Fax: (via Ministry of the Interior)
+966 11 403 3125 (please keep trying)

President of the Human Rights Commission

Mexico: The age of women: Stigma and violence against women protesters