A group of Indigenous Ecuadorian women from the Amazon rainforest is calling for more protection from death threats and attacks as they continue to fight to defend their homelands.

The Mujeres Amazonicas, or Amazonian Women, have been protesting for many years against the pillaging of their lands by oil, mining and logging companies. They are supported by Amnesty International, which according to Patricia Gualinga, an environmental activist who acts as one of their spokespeople, has over the years helped bring the women’s campaign to the world’s attention. 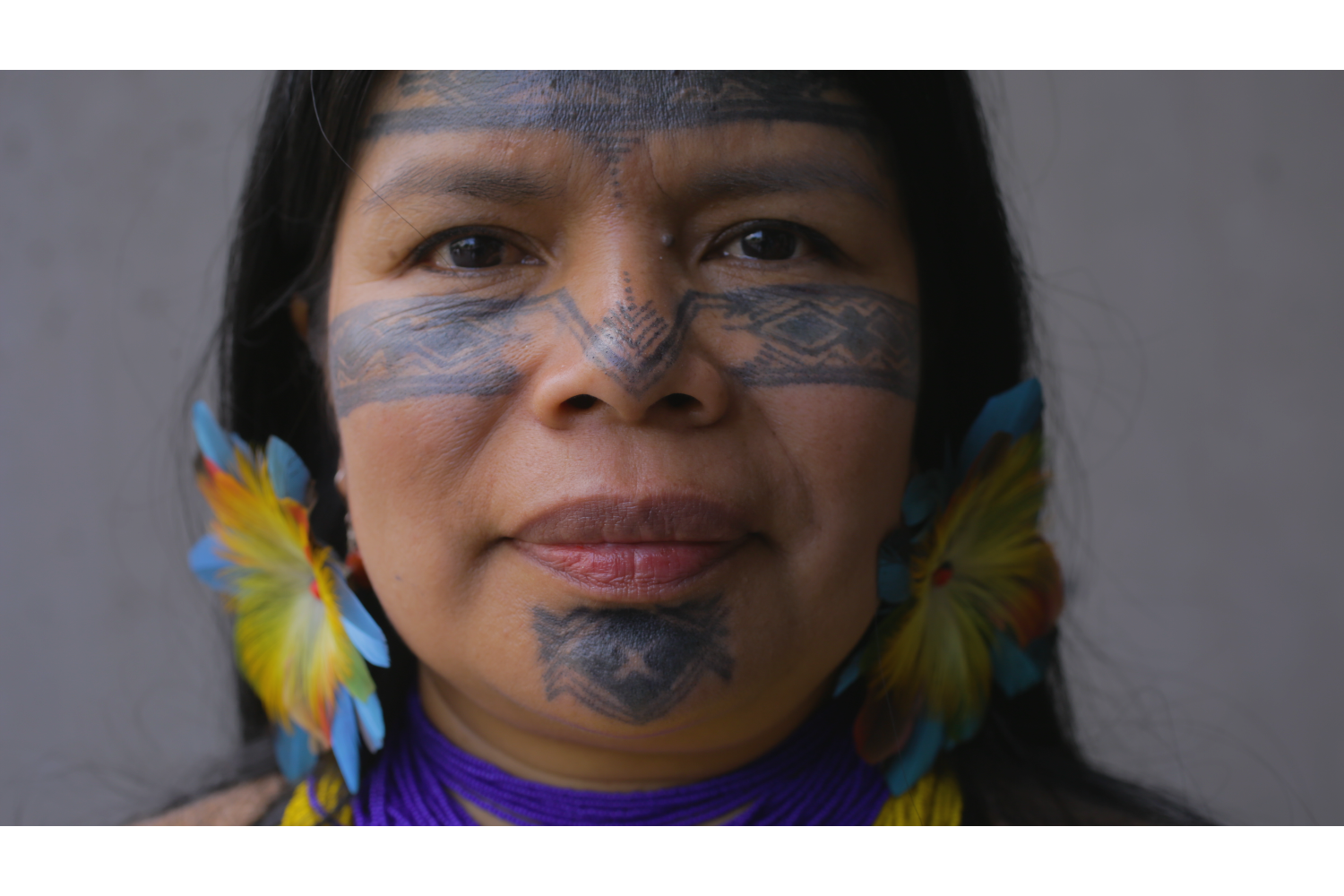 “Destroying the Amazon is the destruction of the world,” Gualinga (pictured above, and below) told Amnesty International in March. “If they don't realize that, we are lost.” 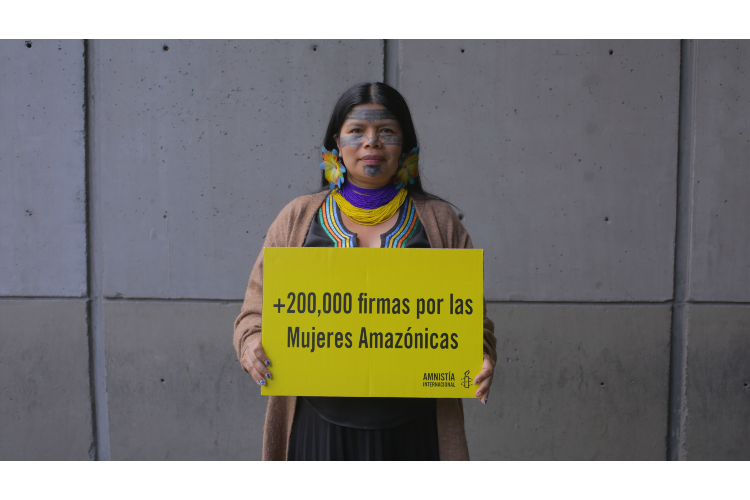 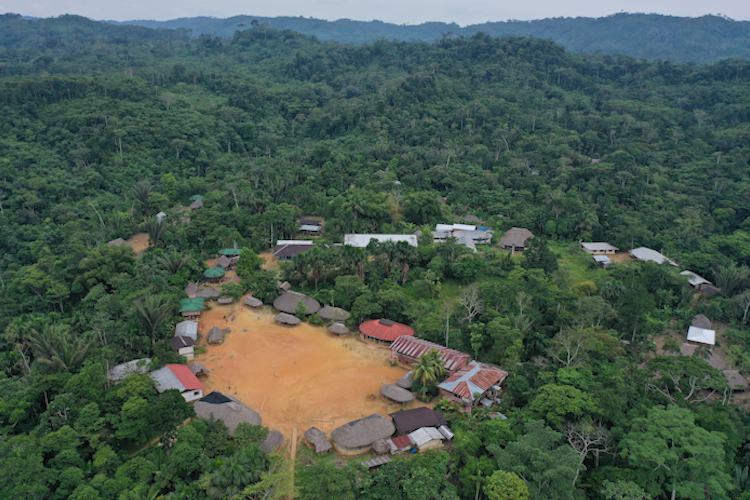 Between 2002 and 2003, Argentine oil company CGC forcibly entered the Sarayaku territory. It installed military and private security guards, opened roads and cut down the forest, destroying trees and plants which were of great environmental, sacred and cultural value to the Indigenous community. As part of their drilling operations, the company also buried 1,400 kilos of pentolite explosives in Sarayaku territory - putting the lives of the Sarayaku people at risk and forcing them off some of their ancestral lands.

“They buried 50 explosives by night, and the people that did it knew that it was extremely dangerous,” says Gualinga. “I had no other choice than to become a defender of human rights because petrol and oil companies violated the rights of my village and my people.” 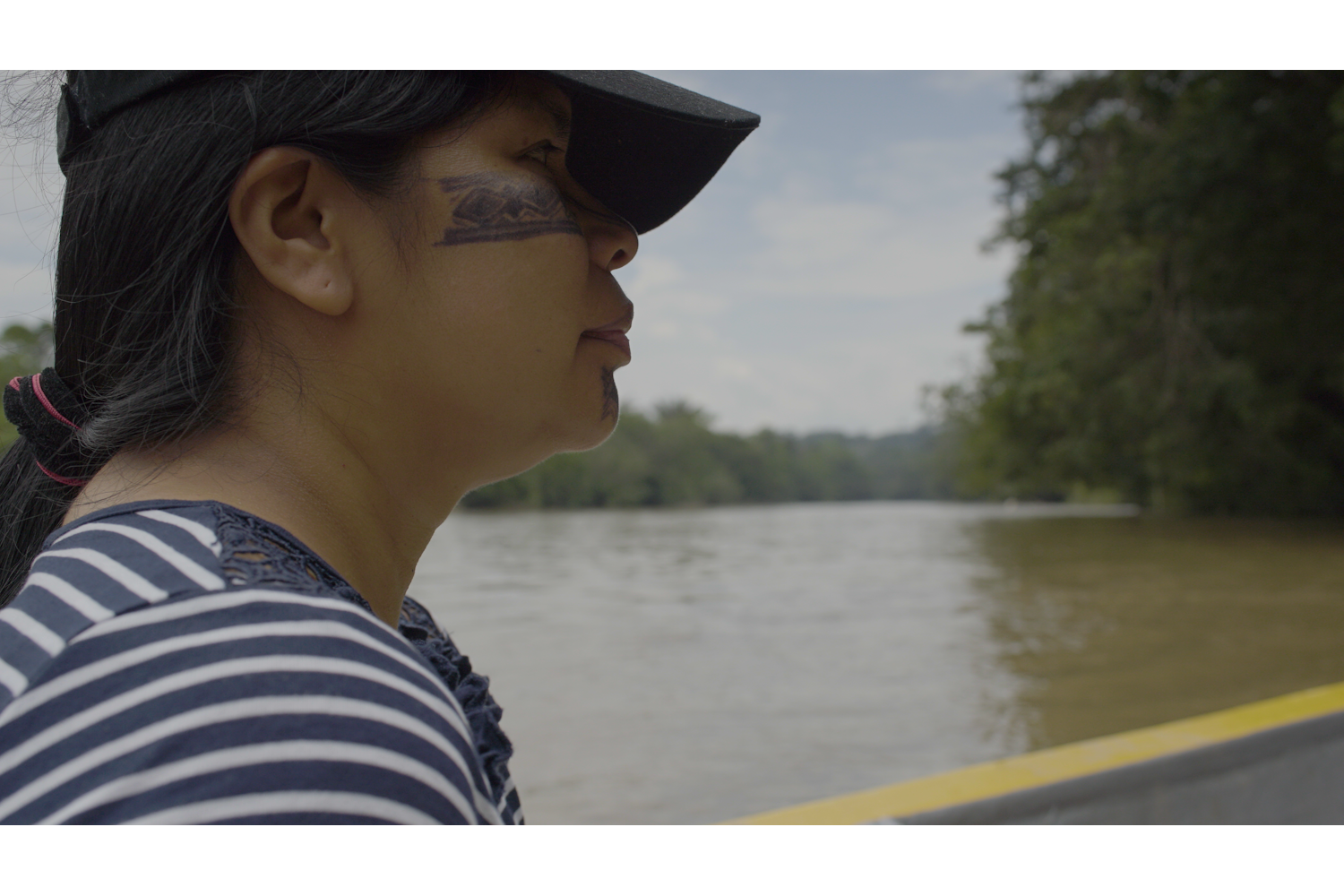 In 2012, Amnesty International aided the Sarayaku people in taking the Ecuadorian state to the Inter-American Court of Human Rights for authorizing CGC to drill oil and install explosives on their ancestral land without their free, prior and informed consent, and for failing to repair the damage done and to protect them from future abuses.

In a landmark victory, they won their case. The Inter-American Court of Human Rights ruled against the State of Ecuador for violating the right to physical integrity and  seriously endangering the right to life of members of the Sarayaku community. 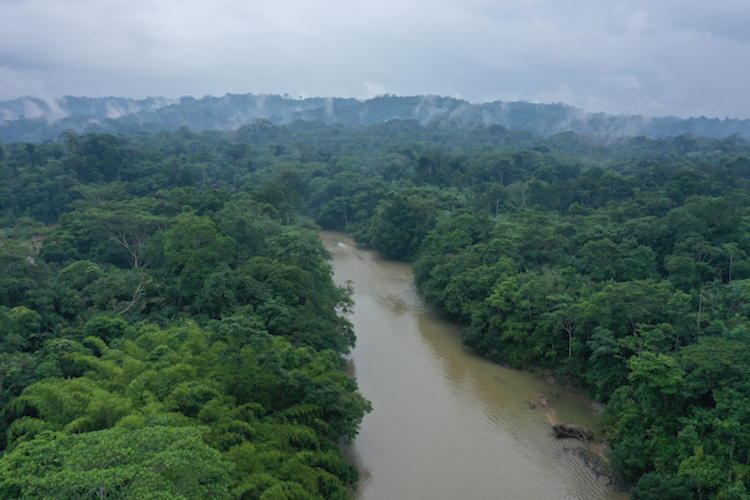 The Court also established the Ecuadorian government’s responsibility for the violation of the rights to consultation, community ownership and cultural identity of the people of Sarayaku.

But in spite of this major victory, some eight years on the authorities have not complied with the court ruling. The explosives remain buried on Sarayaku territory and Patricia continues to face death threats and attacks. 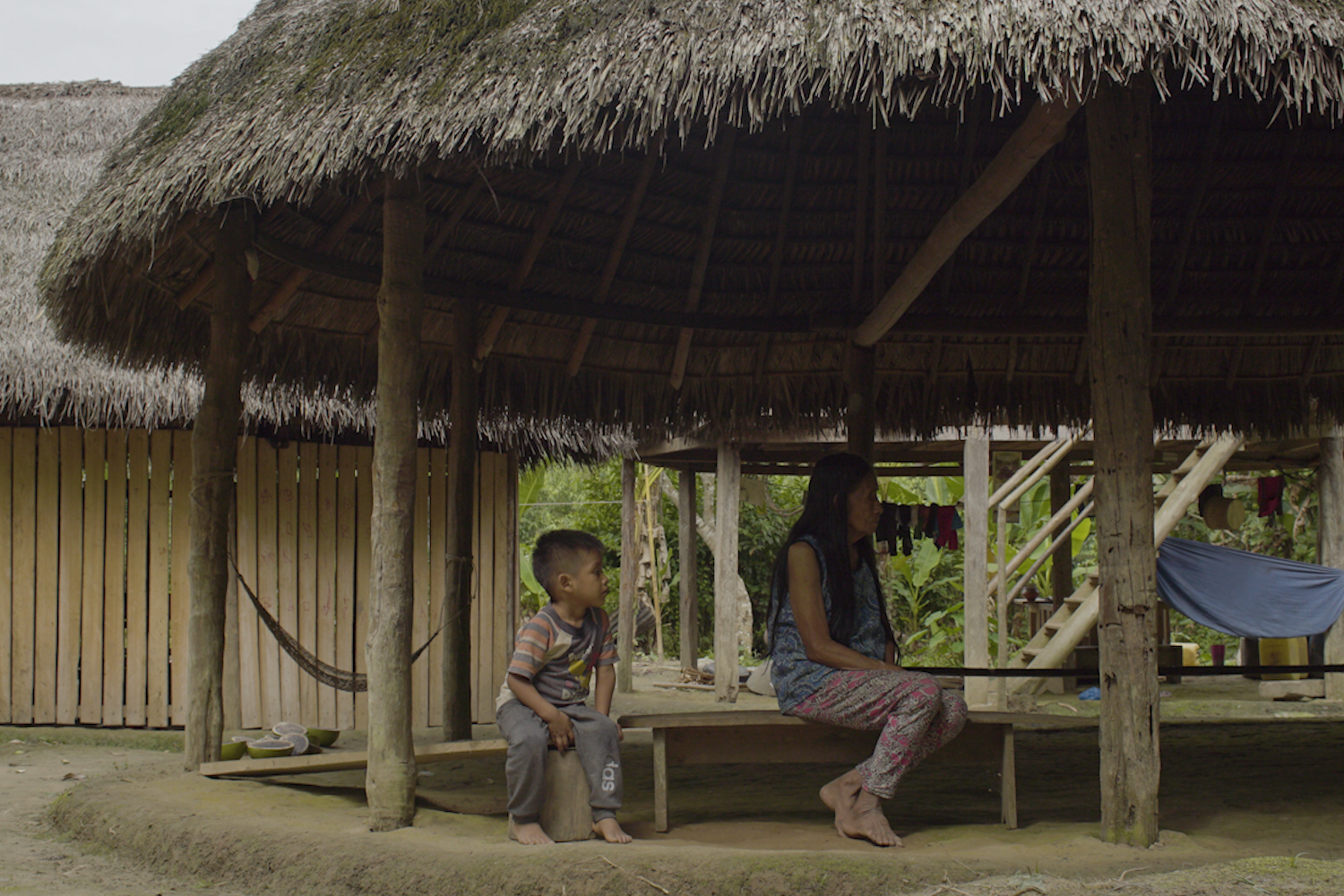 Gualinga says: “The explosives are here, and this is a symbol of what could happen to other communities if we don’t keep fighting. We have to keep pushing for all that the court sentenced. Because we know that international corporations will continue to try to ignore us, and we can’t let them.” 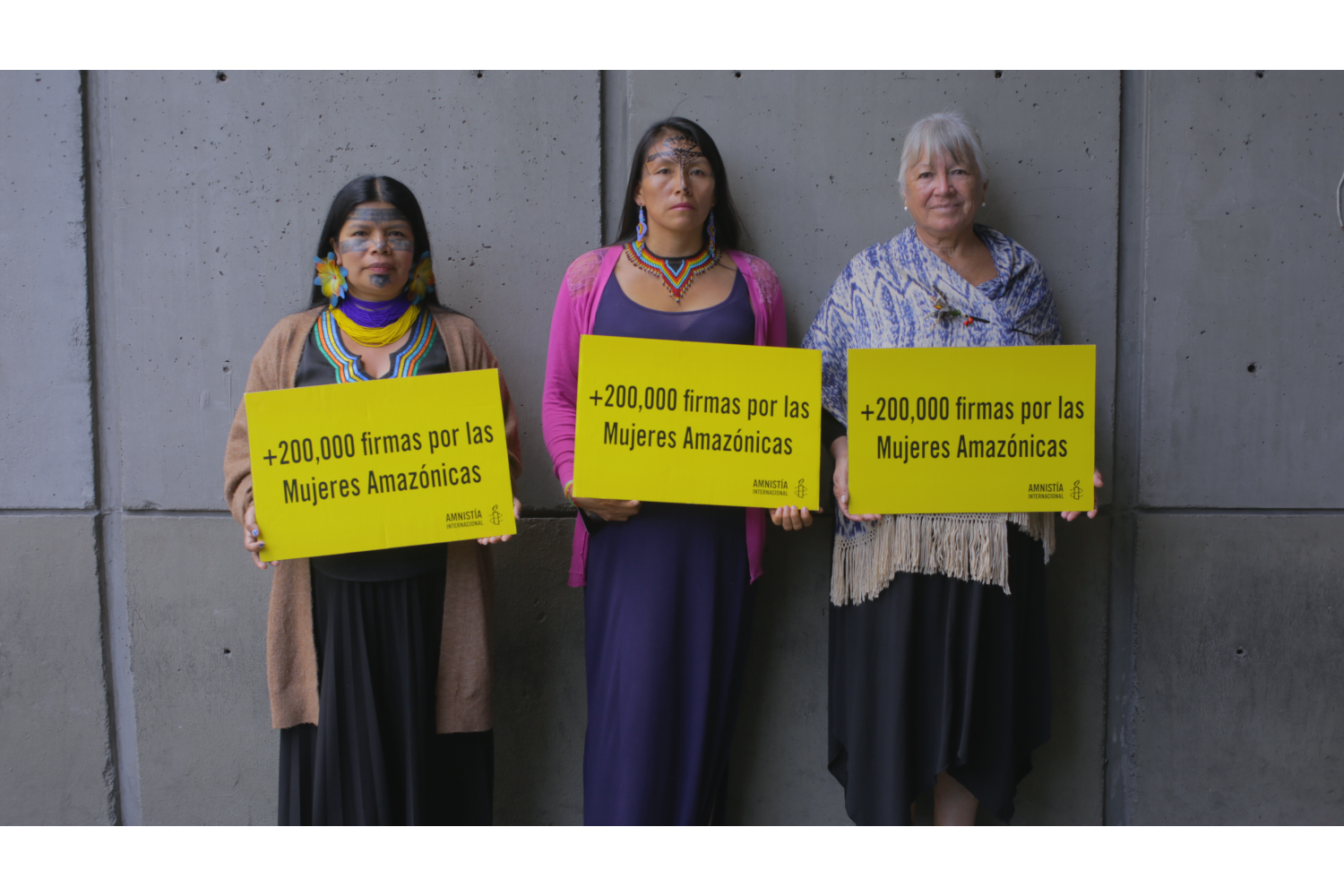 Gualinga believes the women’s protest movement gives Indigenous women more safety in numbers. “In 2018 they threatened to kill us,” she explains of her aggressors, whom the Ecuadorian authorities have failed to identify and bring to justice, “and some of my fellow female leaders had their houses burned down. It wasn’t a threat to my village, it was a direct threat to me.”

“Women are by definition more at risk than men. Women can be threatened sexually, physically - for men it is a different story. We women unite because we have to, because we know that together we have more power and protection on multiple levels.

“By coming together we protect ourselves. And that’s why Mujeres Amazonicas exists: So we’re not alone. So we’re not so vulnerable.” 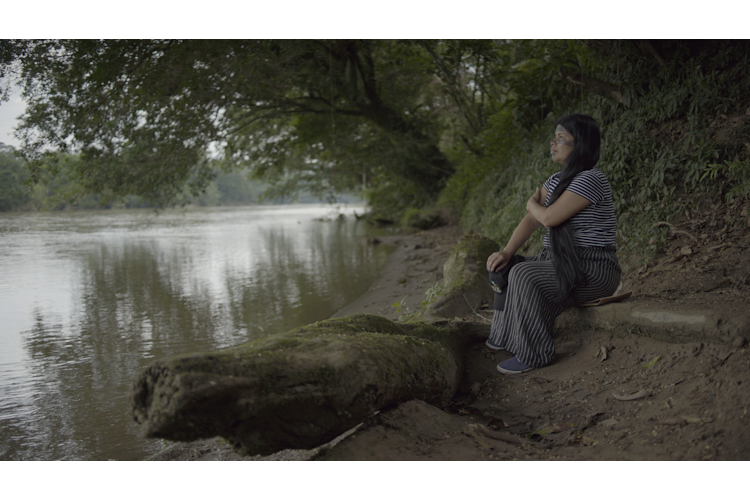 On 13 November 2019, the people of Sarayaku presented a complaint before Ecuador’s Constitutional Court to demand that authorities comply with the 2012 ruling of the Inter-American Court. And in March 2020, the Mujeres Amazónicas marched en-masse through the streets of their country’s capital, Quito, to present a petition to the Ecuadorian government calling for more protection.

On 19 June 2020, Ecuador’s Constitutional Court admitted the complaint, but a ruling might take years. Since March 2020, the Sarayaku community has also been badly hit by floods and, more recently, by the spread of COVID-19 among its inhabitants – adding to the challenges faced by this remote rainforest community. 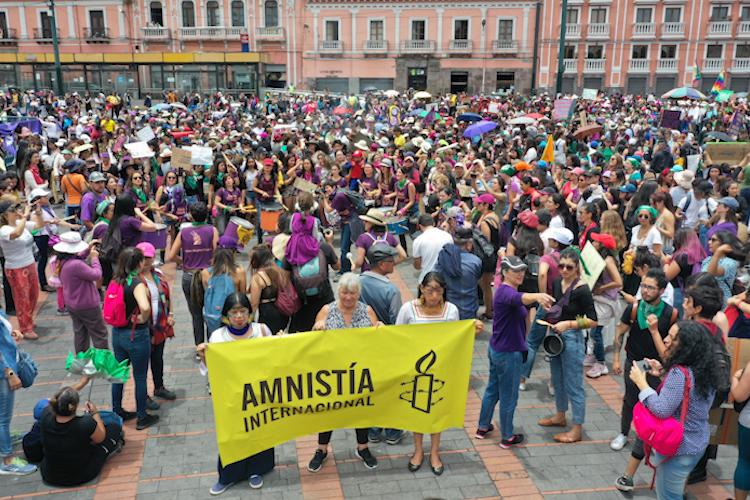 Amnesty International has supported the Mujeres Amazonicas for many years and is calling on the Ecuadorian authorities to guarantee the effective protection of human rights defenders like Patricia, to ensure they can safely raise their voices and continue with their human rights work without fear of reprisals.

Gualinga says Amnesty International’s work to support the protest movement has been incredibly important, because it has brought the faces of the women fighting to defend nature and human rights into the limelight. “We’ve inspired other communities,” she says, “and allowed marginalized women to raise their voices and forced oil companies out of the country.” 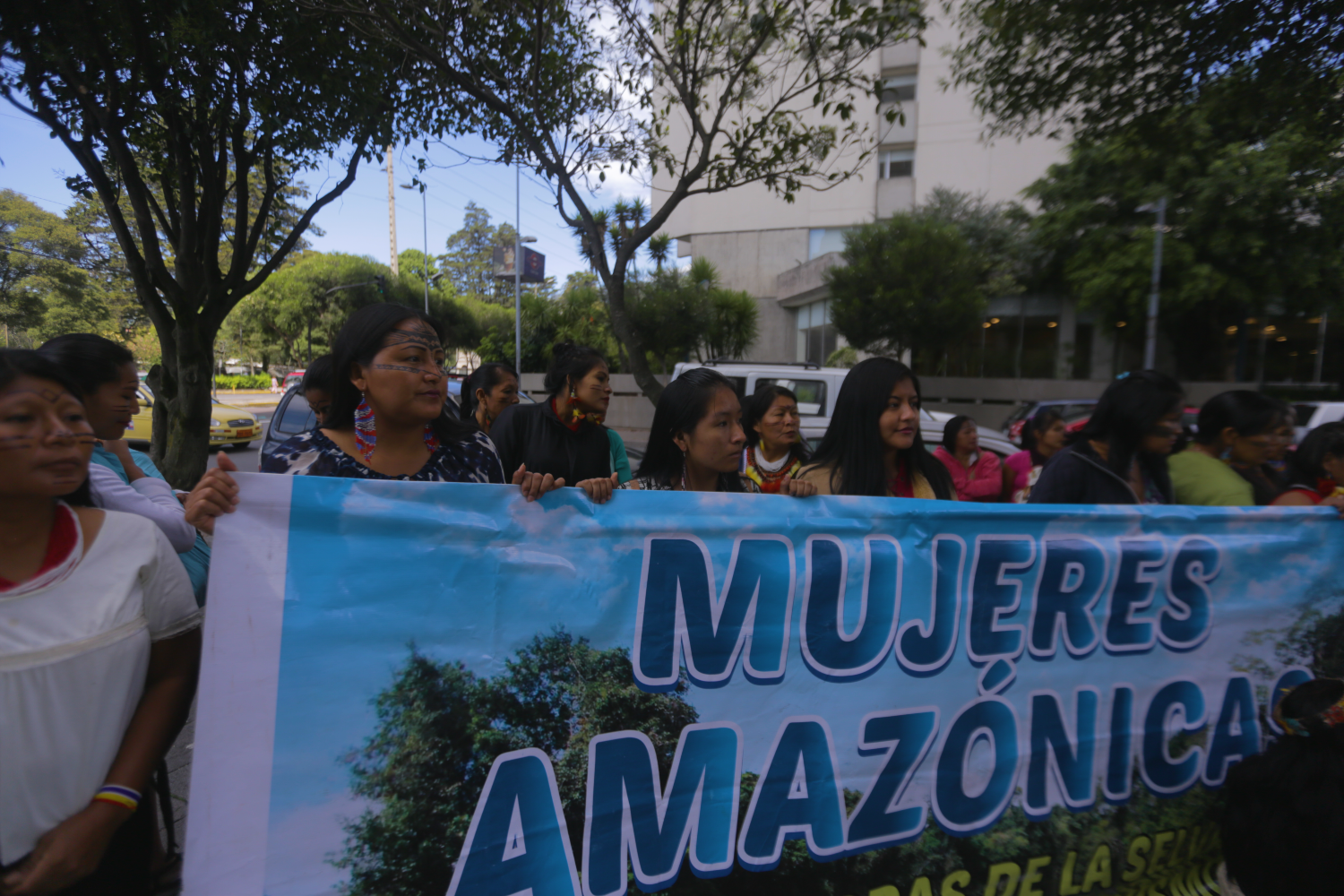 “All of this at the cost of much risk, time and energy. It’s worth it. Because the planet still exists; because nature is fighting alongside us. I want the world to know that the Amazon is rich in biodiversity, rich in culture, rich in life itself.”

Consent is Key: A Module on Violence Against Women

Killing of human rights defenders- oral statement to the HRC46