Nothing about us without us: One year after CRPD ratification in Kyrgyzstan

Nothing about us without us: One year after CRPD ratification in Kyrgyzstan

As of today, thirteen out of fifteen former Soviet countries have ratified the UN Convention of the Rights of People with disabilities. Kyrgyzstan became the latest country to do so, on 14 March 2019. Ratification is a big step towards the effective inclusion of 180,000 people living with disabilities in the republic.

In 2015, a study on accessibility showed that people with disabilities in Kyrgyzstan were especially discriminated against when receiving medical care; they were also not involved in the decision-making processes concerning disability issues and their needs were not taken into account in policymaking. With ratification, this is bound to change. The state has committed itself to create opportunities for people with disabilities and make sure that they can fully enjoy all human rights and fundamental freedoms available to all other people in Kyrgyzstan. A country that has ratified the Convention must report on its progress two years after ratification and submit reports on compliance with its obligations every four years.

Amnesty International was honoured to support Kyrgyzstani partners in campaigning for the rights of people with disabilities. We spoke with local disability rights activists to find out whether ratification has improved their everyday lives, and what changes they want to see in Kyrgyzstan in the future. 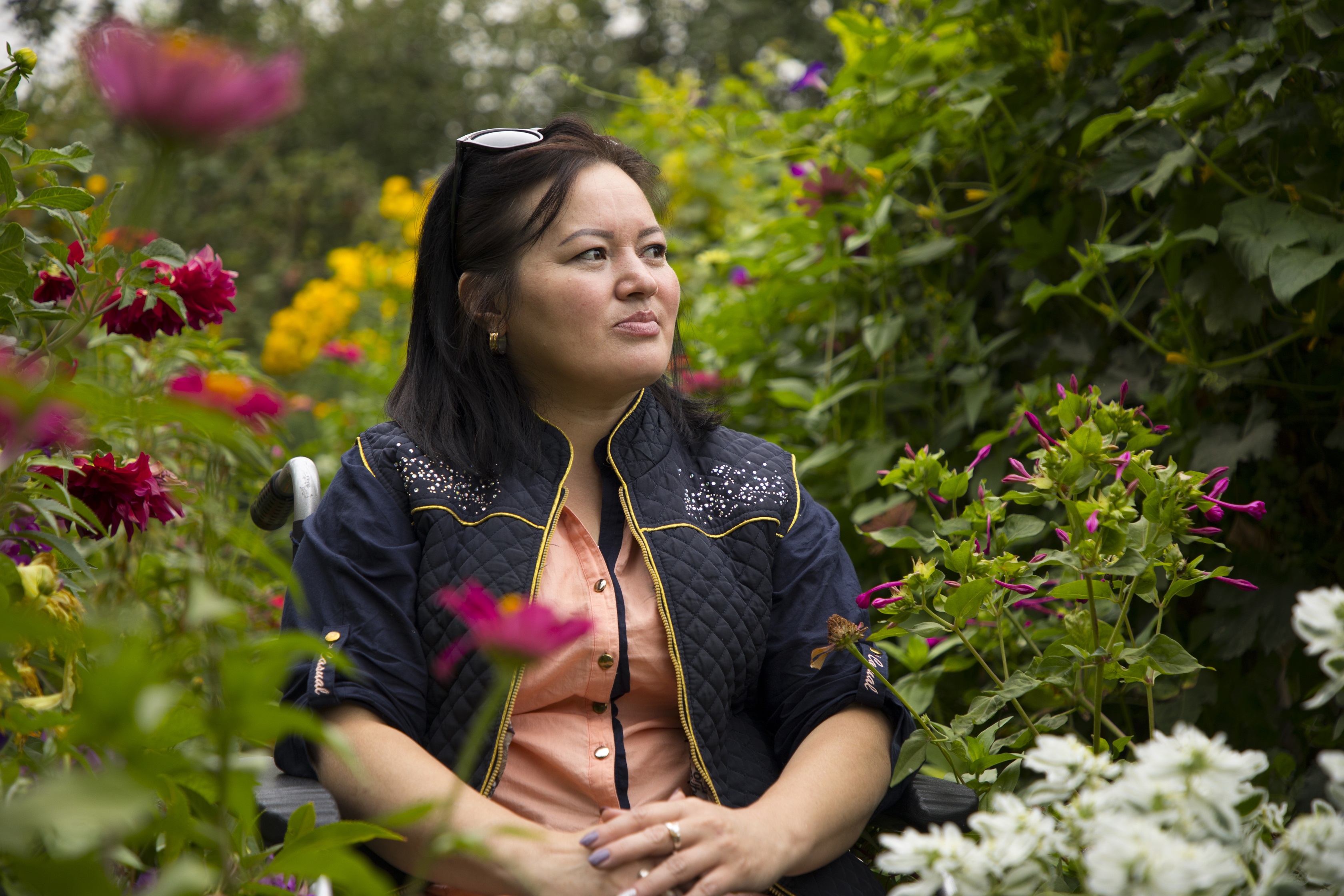 «I feel that the attitude towards people with disabilities is changing, many people offer us help; many support us. After ratification, non-governmental organizations have actively stepped up, requiring accessibility. Activists are reminding the state that the first anniversary of ratification is coming soon and that it is time to start implementing the norms of the Convention.

I, in turn, continue making my plans for the future: I would like to get higher education and keep fighting for an accessible Kyrgyzstan. Once a week I go to meetings with disability rights activists, unfortunately, the trip to the capital Bishkek still requires a lot of my time and effort. But I hope that the government will improve access to transport as well as the roads.» 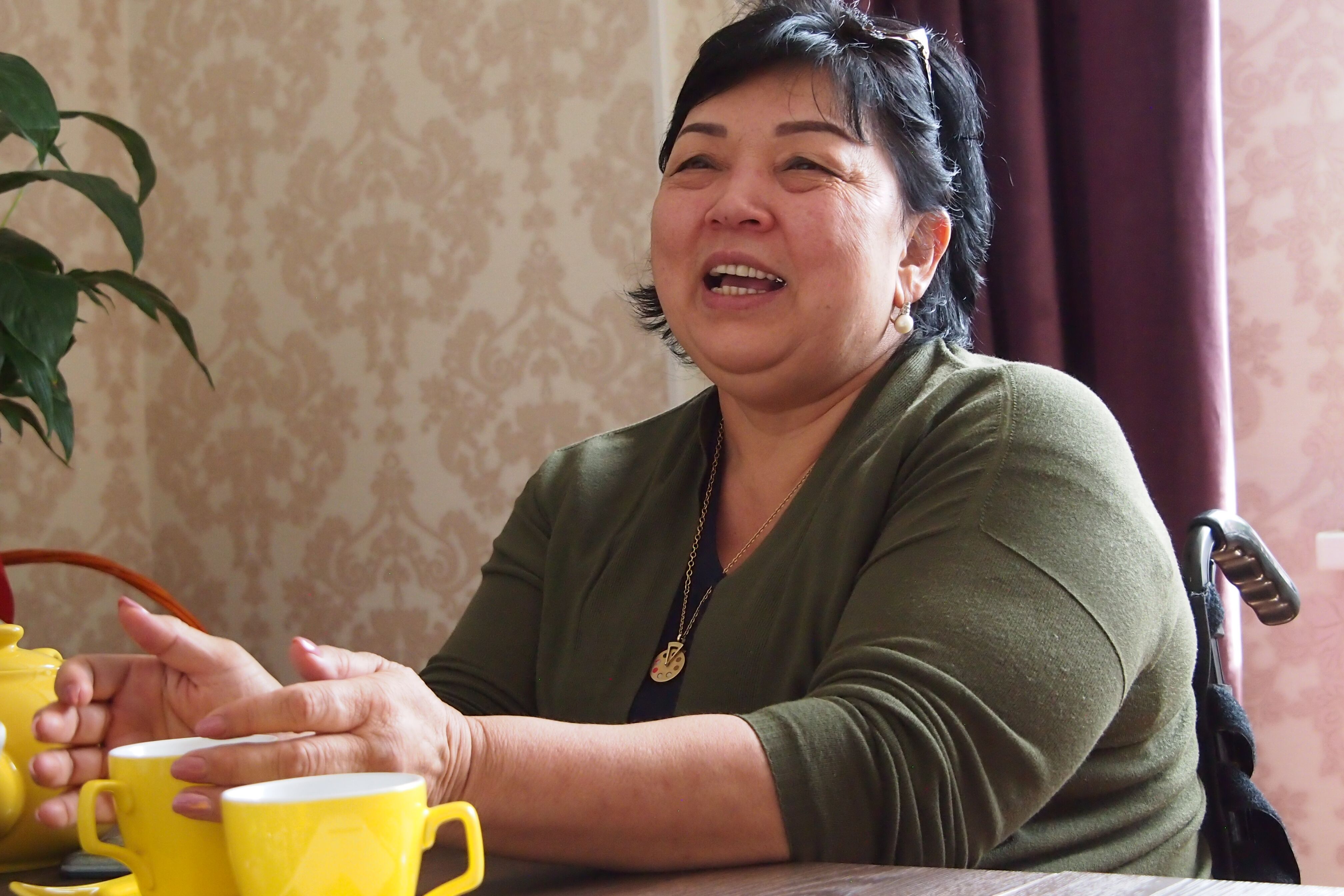 «In the past, we had to convince the authorities to listen to our point of view, whereas now we actively participate in decision-making. The authorities are legally obliged to respond now, and this is already making a difference to their behaviour.

We began our work on implementation by focusing on the issue of accessibility. We work closely with city technical inspectors and city architects. We recently had a meeting with a member of parliament, where we voiced our concern about newly built blocks of flats and ramps that do not meet the standards of accessibility. They agreed to publicly demolish a non-compliant ramp in a notable place in Bishkek. At the same time, one of the MPs requested city hall to order 60 brand new accessible buses. This is the kind of progress we have been waiting for.

Besides, we continue to monitor the accessibility of public spaces and administrative buildings. In November last year, activists in Bishkek, Osh, and Naryn held an offline and online action called #AccessibleKyrgyzstan. We monitored and filmed schools, councils, and hospital buildings. As one would expect, accessibility remained a problem in most of the institutions. But we were pleased with the warm welcome by some of the heads of administrations and headteachers, who expressed solidarity and showed a great deal of understanding. Most people in Kyrgyzstan realise that there are a lot of problems with the infrastructure, and they accept our recommendations as far as they can.

We are currently working on an alternative “baseline report” to present both the state’s progress in implementing each article of the convention and the issues that will need to be addressed in the nearest future. Apart from infrastructure and accessibility, we will raise the issues of access to education, employment, and rehabilitation of people with disabilities, and access to healthcare and non-discrimination.

Speaking of the latter, access to medical services is a very problematic issue, especially for women. We cannot undergo a mammogram or chest X-ray, and it is impossible to use a gynaecological chair. Women and girls with disabilities are subject to multiple discriminations, and in this regard, the government should take measures to ensure that they can fully and equally enjoy all human rights and fundamental freedoms.»

In May 2019, Kyrgyzstani Prime Minister Muhammedkaly Abylgaziev signed a decree to create an inter-agency working group to implement articles of the UN Convention on the Rights of Persons with Disabilities. The main work will be aimed at providing people with disabilities with rehabilitation services, increasing their life expectancy, taking measures to prevent disability, providing medical and social assistance, ensuring equal access to education, justice, and employment, and ensuring freedom of movement.

We welcome all the positive developments that Kyrgyzstan has undertaken. The government should guarantee that persons with disabilities are involved in all decision-making processes, including relevant working groups and committees. The Convention’s implementation will demand combined approaches to policy and advocacy from persons with disabilities and their organizations.

Dying with dignity in the age of coronavirus