Transgender people in China have to overcome many challenges for the freedom to be themselves. The legal obstacles and social stigma they face can affect every detail of their daily life.

When conducting interviews for our latest report, we met some transgender people who all happen to be cat-lovers. They were more than happy to channel their inner cat-ttitude through photos of their feline friends. Many shared with us how their cats supported them when they went through the tough journey of living authentically.

So, we thought: what a purr-fect way to explain what it’s like for transgender people in China! 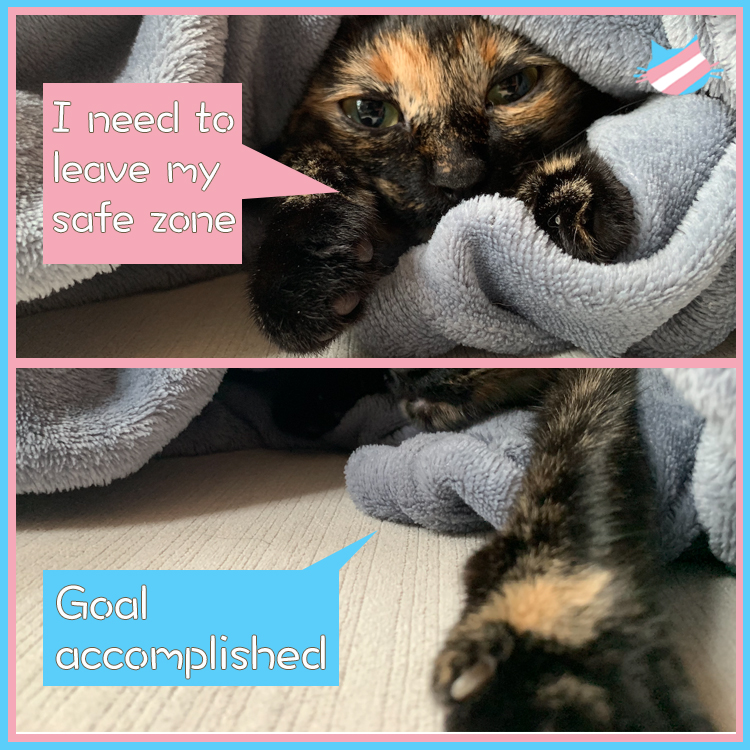 Some transgender people, in China and elsewhere, feel extremely uncomfortable about how they look because of the prevalent stigma they face. Many find it difficult to leave their safe zones to meet new people.

Zijia*, assigned male at birth, said her life only truly began when she started taking hormone medication at 20. Before that, she felt that she was living like a fraud.

“When I saw cisgender women on the streets, I envied the way they looked,” Zijia said. “Actually, going to public spaces was very stressful for me. I didn’t know what to wear. Society expects men to have a certain temperament. People may see me as ‘sissy’.” 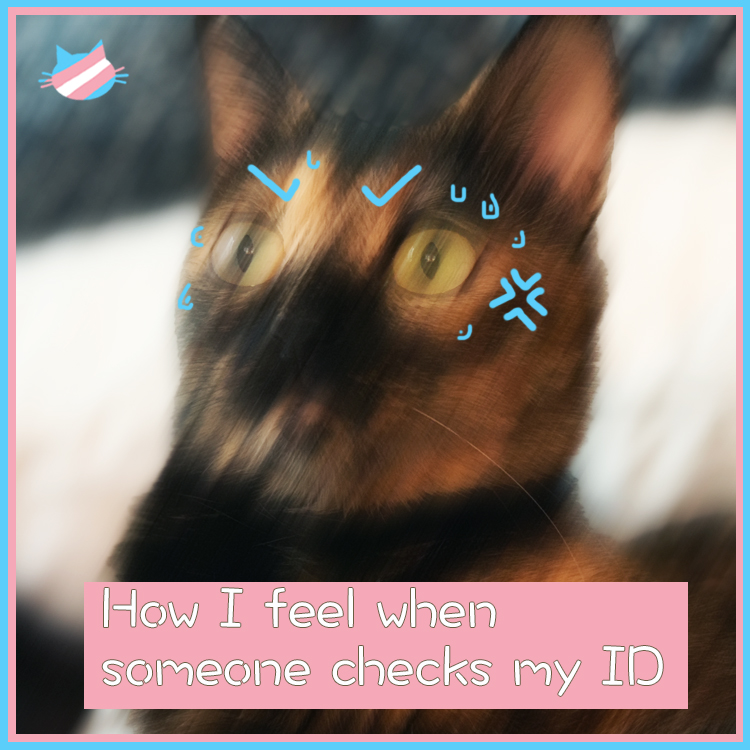 Gender-segregated spaces like toilets or changing rooms can be particularly uncomfortable, as are situations where transgender individuals must show their IDs and their gender may come into question.

“My gender and appearance on my ID are completely different from how I look in real life,” said Caining*, a 26-year-old transgender woman. “Every time people ask me, is this really your ID? They worry that I’m stealing someone’s identity. So, I make sure I leave home early whenever I’m taking the train or when I’m flying because I will inevitably be stuck [at security]. Although they always let me through in the end, it takes a lot of effort to explain things and it gets very tiring.”

3. Being transgender is a “mental disorder” in China 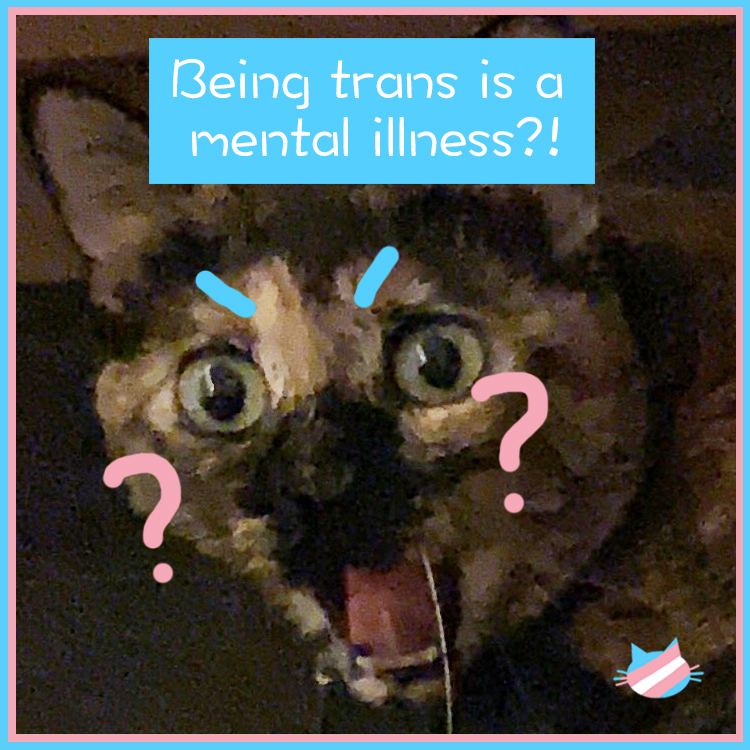 Like a lot of other places, the sense of mismatch between one’s gender identity and one’s sex assigned at birth is classified as a form of “mental disorder” in China. Furthermore, transgender people’s access to gender-affirming surgeries**, and sometimes even hormone treatment, depends on whether they first receive a diagnosis of “mental disorder”.

While many find this medical diagnosis beneficial because it enables them to access services, others find this unhelpful and stigmatizing and it can lead to further discrimination. UN experts have noted that treating people as “ill” because of their gender identity and expression is “one of the root causes behind the human rights violations against gender diverse people”.

This year, the World Health Organisation will declassify being transgender as a “mental disorder”. The Chinese authorities must also make plans to implement this change without delay. 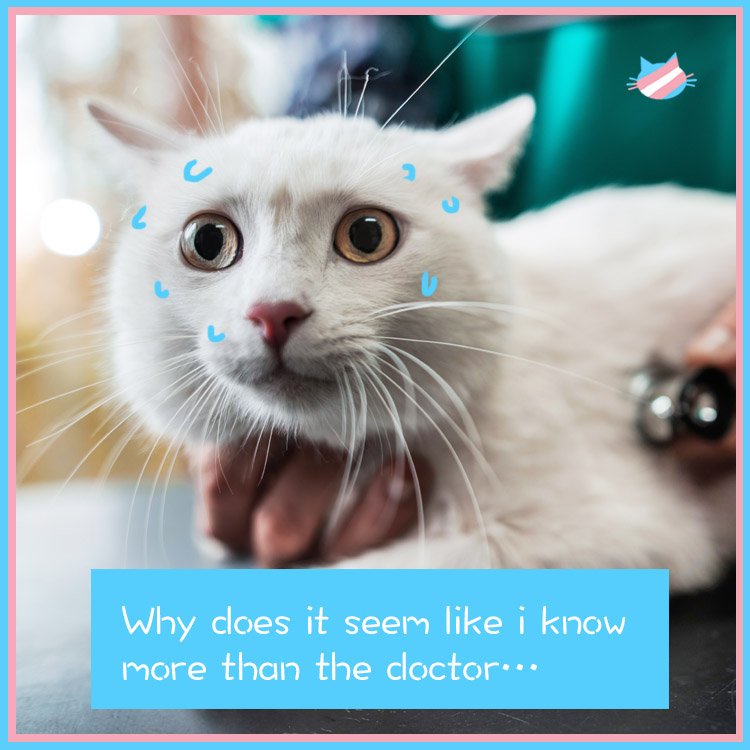 “No one in the hospital would tell me how to take hormone medication regularly, find the right hospital for my surgery, understand the details of the surgery or what to do after the surgery. I could only ask those who have been through this before about their experiences,” said 22-year-old Yasi* from Guangdong. 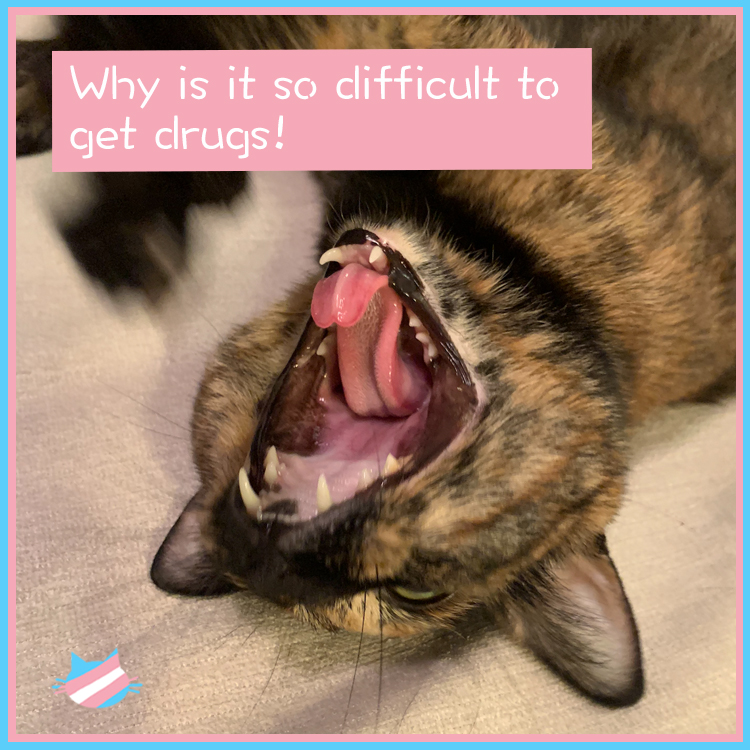 Some transgender people in China find it difficult to seek hormone treatment as they can only obtain medication through unregulated channels, such as online shops, contacts made in social media chat groups, friends or surrogate shoppers. The lack of regulation and oversight of the black market means a lot of them are vulnerable to taking counterfeit drugs, which can put their health at risk. 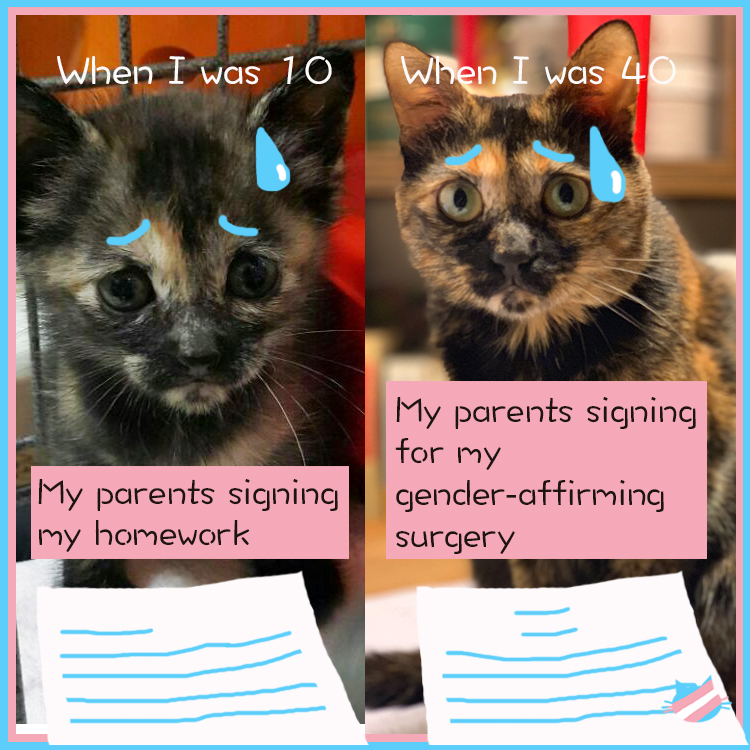 Familial consent is required for gender-affirming surgeries in China, no matter how old you are. This means that people are unable to access surgery without informing their immediate family and seeking their permission. Many transgender people told us how this was a serious barrier to accessing gender-affirming surgeries, as many families of transgender people do not accept their gender identities.

When 20-year-old Zijia* from Chongqing came out as a transgender woman, her family thought she was sick.

“My family asked me to suppress my gender incongruence, get married and have a child – all so everyone in the family can be happy.” 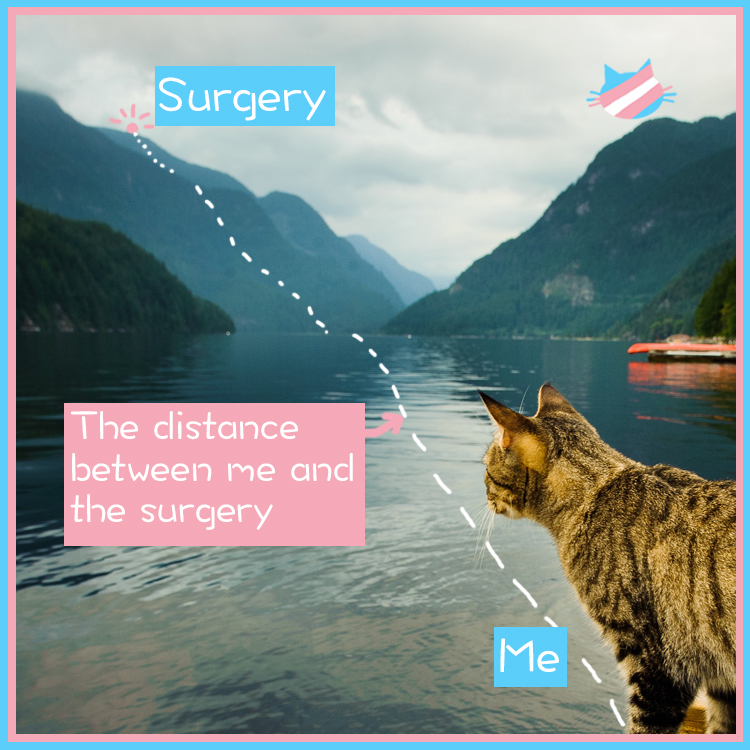 Many of these requirements make the surgeries difficult to access, and force transgender individuals to engage in high-risk behaviour, such as self-medication or self-surgery.

When she was unable to access gender affirming surgery in the public health system, Huiming felt she had only one choice left – she performed surgery on herself.

Luckily, Huiming survived the incident and was ultimately able to go to Thailand for gender-affirming surgeries.

8. Please can I have some love! 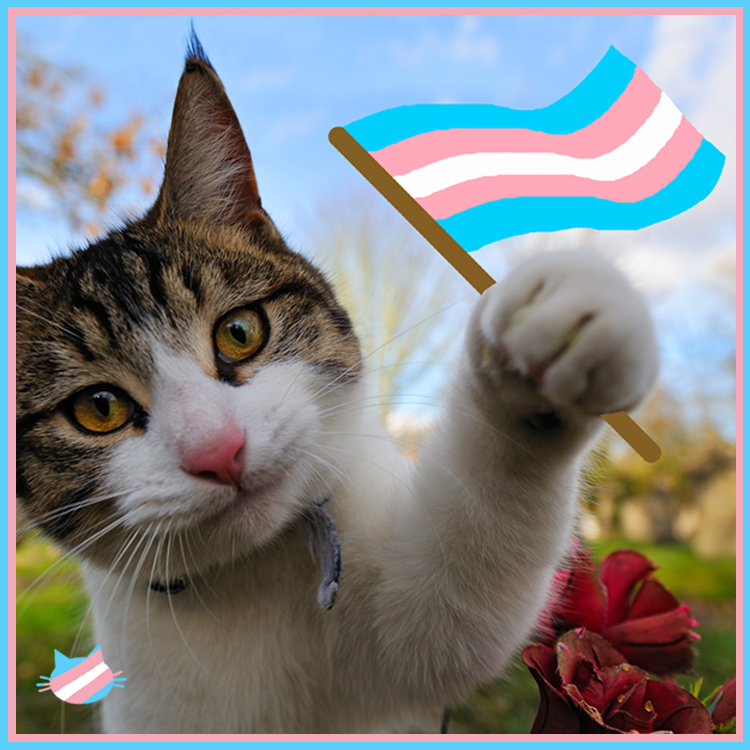 Although Zijia’s parents showed little support, her friends were very encouraging. Some even became closer to her after she came out. “They felt that I was more honest and trustworthy,” she confided.

Transgender people are fighting an uphill battle just to be themselves. So let’s send over some paw-sitive vibes! Put your thinking cat on and throw us your best cat memes for all the cool cats fighting for equal rights in China!

*All names are changed to protect the identities of interviewees.

** Gender-affirming surgeries are one type of gender-affirming treatment, which also includes a range of medical and non-medical treatments that a transgender person may wish to undergo, such as hormone treatment or counselling.