No-one could have predicted the disruptive start to 2020 brought by the COVID-19 pandemic. As our world experiences its most profound societal changes for a generation, and life is put on hold for many, fighting for human rights must continue if we are to ensure a stable, just and secure future. Here we take a look at the human rights successes, against all odds, won in late 2019 and the first months of 2020… 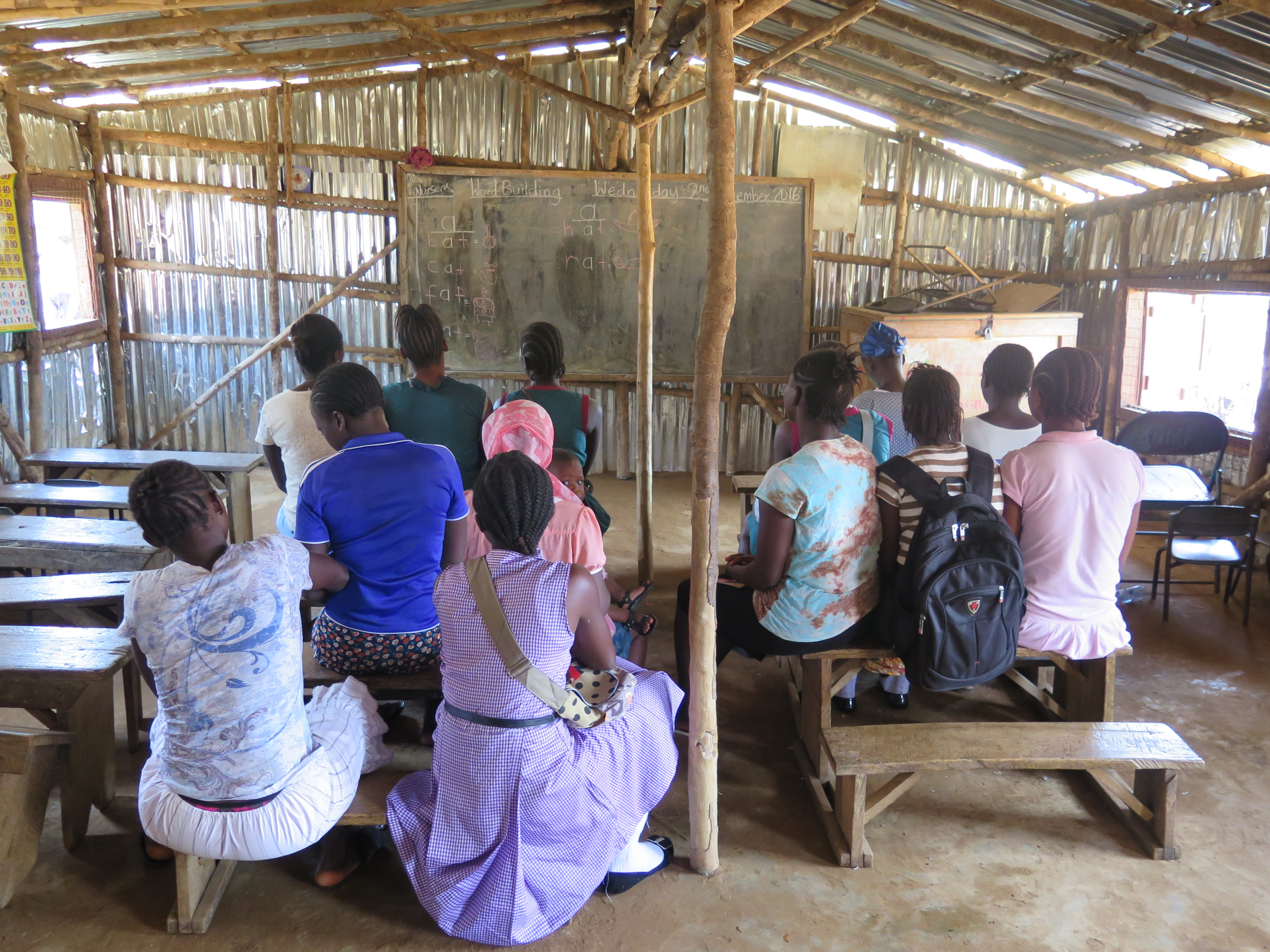 Marta Colomer, Amnesty International’s West and Central Africa Acting Deputy Director Campaigns, called the ruling a “landmark moment” for the thousands of girls who have been excluded from school in Sierra Leone, and whose right to access education without discrimination has been violated for the past almost five years because of this inherently discriminatory ban.

And in Israel and the Occupied Palestinian Territories (OPT), the Prosecutor of the International Criminal Court (ICC), Fatou Bensouda, announced that her office’s preliminary examination into the “Situation in Palestine” has concluded that war crimes have been committed in the OPT, and that “all the statutory criteria under the Rome Statute for the opening of an investigation have been met”.

In January, the Bangladesh government announced its intention to offer schooling and skills training opportunities to Rohingya refugee children. The decision came two and a half years after the Rohingya were forced to flee a campaign of ethnic cleansing  in Myanmar. It represented a major win for Amnesty International and other human rights organizations, which have been campaigning for the nearly half a million Rohingya children in Bangladesh’s refugee camps to be allowed to enjoy their right to quality education, warning of the costs of a ‘lost generation’. 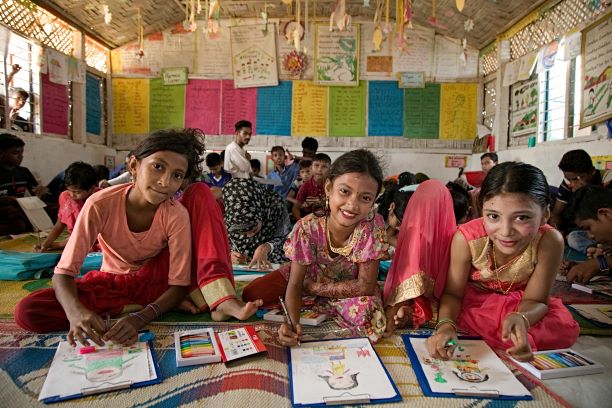 “This is an important and very positive commitment by the Bangladeshi government, allowing children to access schooling and chase their dreams for the future. They have lost two academic years already and cannot afford to lose any more time outside a classroom,” said Saad Hammadi, South Asia Campaigner at Amnesty International. 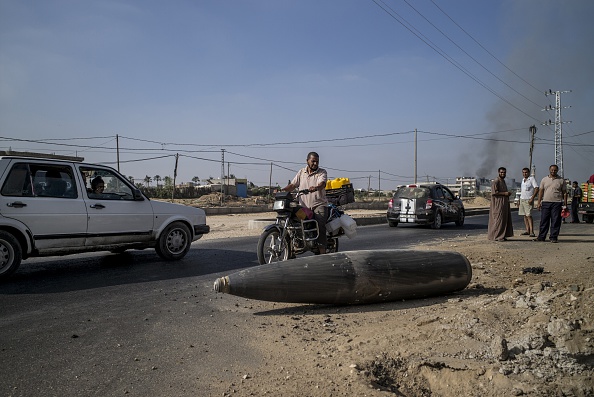 The publication of a UN database which lists more than 100 companies involved in business activities in illegal Israeli settlements was an important step towards accountability in the Occupied Palestinian Territories (OPT).

The Office of the UN High Commissioner for Human Rights (OHCHR) released a report in February on companies with specific links to Israeli settlements in the West Bank. It had been mandated to do so by the UN Human Rights Council in 2016. The report lists several digital tourism companies including Airbnb, TripAdvisor, Expedia and Booking.com, which Amnesty International’s research has found are driving tourism to settlements and contributing to their existence and expansion.

“Settling civilians in occupied territories violates international humanitarian law and amounts to a war crime. Naming the businesses which profit in the context of this illegal situation sends a clear message from the international community that settlements must never be normalized. These companies are profiting from and contributing to systematic violations against Palestinians,” said Saleh Higazi, Amnesty International's Middle East Deputy Director.

In Argentina, newly inaugurated Argentinian President Alberto Fernandez made good on his commitment to take steps to legalize abortion, and said he would introduce a bill to this end.

This follows years of campaigning by women’s rights advocates, including Amnesty International, who vowed to fight on against what they described as a ‘temporary setback’, when an earlier motion to legalize abortion in the country was voted down by the Senate in August 2018. Tens of thousands of women took to the streets to protest, determined to keep up the pressure on the government. The debate over decriminalization and legalization of abortion in Argentina has placed the issue firmly on the nation’s public agenda, and younger generations have become vocal in their fight for change.

Mariela Belski, Executive Director of Amnesty International Argentina, said: “Congress must now listen to the demands of tens of thousands of women who have fought to have control over what they do with their bodies. It´s time for Argentina to join the list of countries that legalize abortion and say ADIÓS to clandestine abortion.”

Spain announced a bill to define rape as sex without consent in line with international human rights norms. The legal change followed some high-profile gang rape cases in Spain in which the justice system failed the victims. These included the so called ‘La Manada’ (wolf pack) case in which a lower court in Navarra found that five men were only guilty of the lesser offence of sexual abuse. The 2018 ruling sparked widespread protests across the country and triggered a commitment from the government to reform the legal definition of rape and other sexual violence offences. Only 9 out of 31 European countries define rape as sex without consent. Beyond the legal change, the proposed bill includes other long waited measures to prevent and respond to sexual violence in Spain. The bill is pending before Parliament. 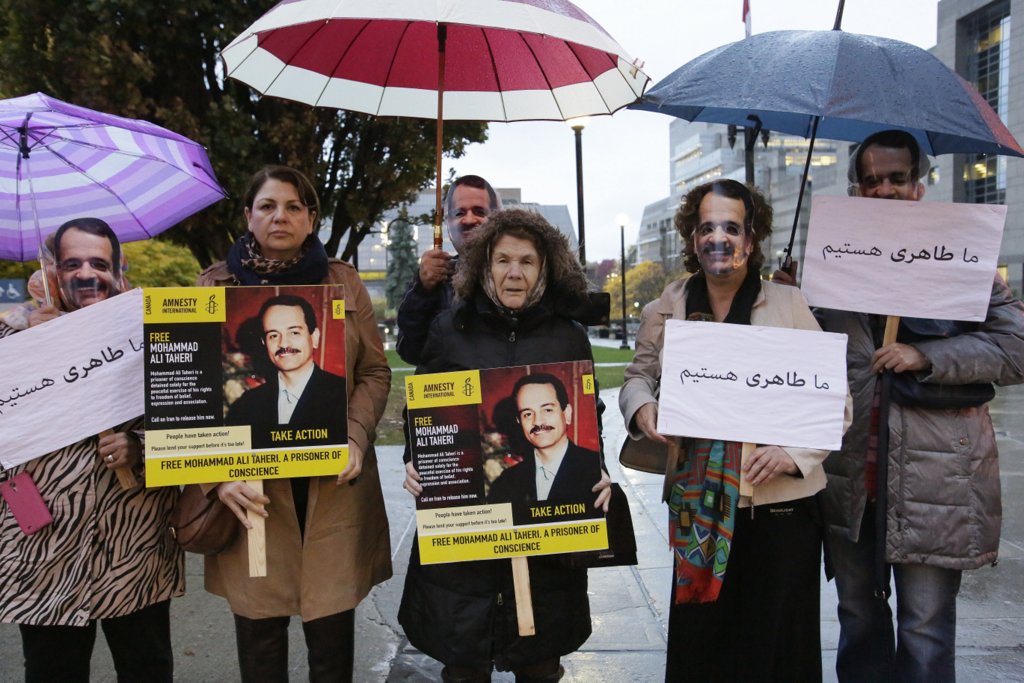 Iranian spiritual teacher Mohammad Ali Taheri was reunited with his family in Canada in March. He had been arrested in May 2011 in Iran and sentenced to death for establishing the spiritual group Erfan-e Halgheh. Following a major outcry and global appeals by Amnesty International, his death sentence and conviction were quashed and he was eventually released in 2019, after which he fled the country. In a recent Facebook post after arriving in Canada, he thanked Amnesty International members for their tireless campaigning.

And in Lebanon, a new kafala consultation offered an opportunity to protect the rights of migrant workers. The national consultation on reform of the kafala system, which ties the legal residency of the worker to their contract with their employer, was organized by the International Labour Organization in collaboration with Lebanon’s Ministry of Labour. It was held in Beirut, starting a conversation on measures that are needed to ensure improved working conditions for migrant workers.

Finally, in Uganda, the Constitutional Court nullified a law used to prohibit protests. The nullification of parts of Uganda’s public order law, which gave police excessive powers to prohibit public gatherings and protests, offers a glimmer of hope for the country’s embattled political opposition, human rights defenders and activists. 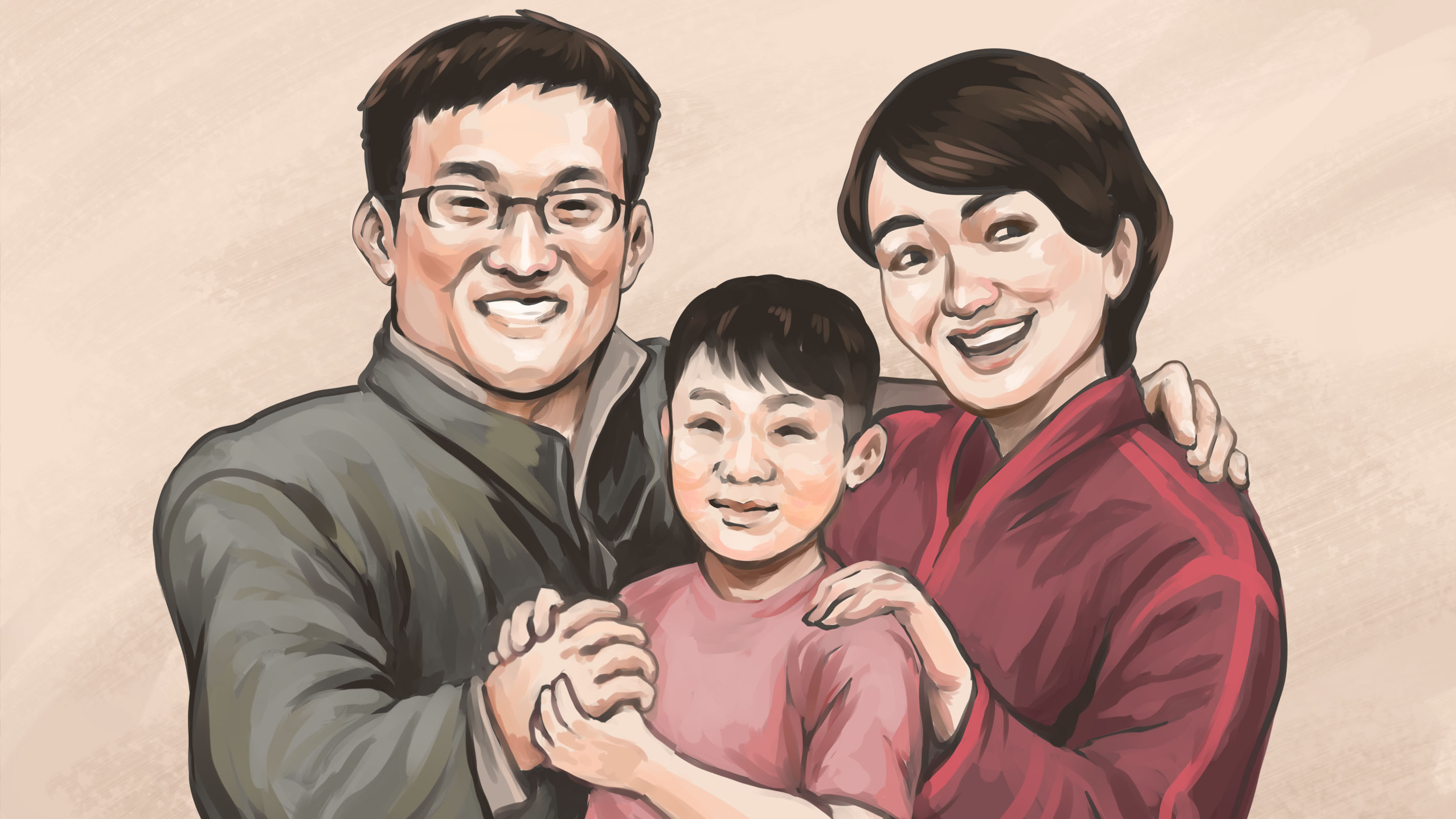 Chinese human rights lawyer, Wang Quangzhang (illustrated above), was reunited with his family after four and a half years. He was targeted for his work on human rights and exposing corruption, and Amnesty has campaigned for his release since he was first sentenced.

Human rights campaigners glimpsed progress when Saudi Arabia announced that it plans to end the use of the death penalty against people below the age of 18 at the time of the crime, in cases not involving the counter-terror law. The death penalty will be replaced with a maximum punishment of 10 years in prison.

Amnesty International has documented the Saudi Arabian authorities misuse of the counter-terror law, which has overly broad and vague definitions of “terrorism” and of a “terrorist crime,” and contains a number of provisions which criminalize peaceful expression of views.

Meanwhile in Somalia, the US Africa Command (AFRICOM) published its first ever quarterly report assessing allegations of civilian casualties from US air strikes in Somalia, including those from Amnesty’s ongoing research on this issue. 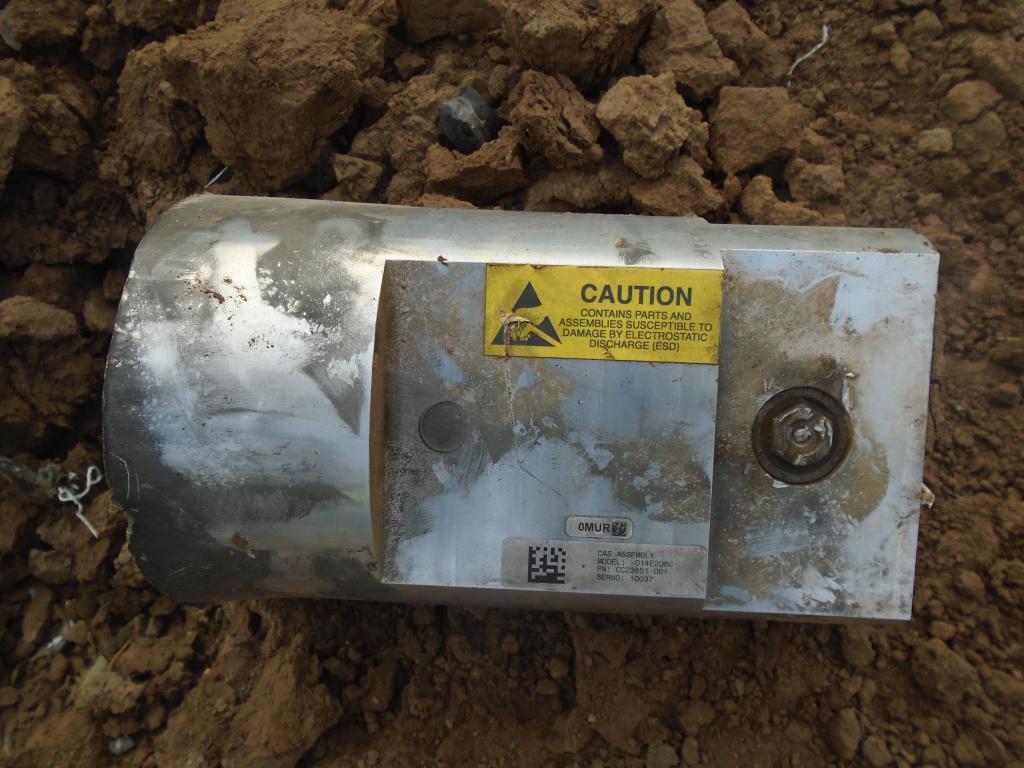 The change comes after we campaigned for over a year for increased transparency from AFRICOM, including in a ground-breaking report, The Hidden US War in Somalia in March 2019, which in part prompted its first-ever admission of civilian casualties in the Horn of Africa country. To date, in three separate investigations into nine US air strikes in Somalia, Amnesty has documented 21 civilian deaths and 11 injuries. We will monitor the new civilian casualty reports closely and continue to lobby AFRICOM to provide reparation to the families of civilian victims of its operations.

Deprose Muchena, Amnesty International’s Director for East and Southern Africa, said: “This is a welcome, though long overdue, step towards providing truth and accountability for the victims of US air strikes and their families in Somalia and beyond. It’s shocking that it has taken more than a decade of AFRICOM’s secret air war in Somalia for this to happen.

Following this, several US Congresspeople took action in early May to hold the Pentagon/AFRICOM accountable for its civilian casualties in Somalia

Iran temporarily freed British national Nazanin Zaghari-Ratcliffe from prison, and then extended her release by a further month later in April. Kate Allen, Amnesty International UK’s Director, said: “This is obviously good news compared to a return to prison, so we’re very pleased for her and her family. 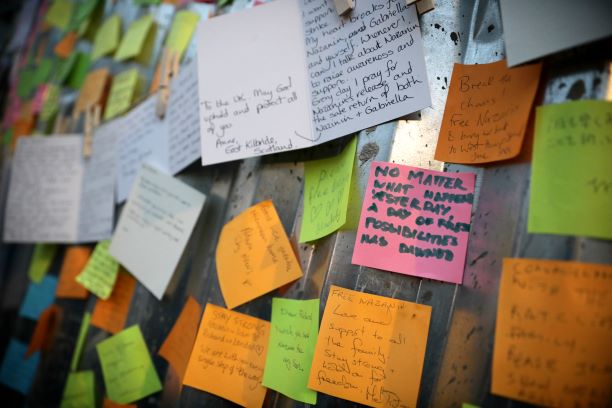 “There should be no question of Nazanin ever being sent back to Evin Prison. There are numerous reports of COVID-19 in Iranian jails, with detainees pleading for basic things like soap to help combat the disease.

Charity worker Nazanin Zaghari-Ratcliffe, 41, was arrested at Imam Khomeini airport in Tehran in April 2016 as she was about to board a plane back to the UK following a family holiday in Iran. After being detained for over five months, initially for 45 days in solitary confinement without access to a lawyer, Zaghari-Ratcliffe was subjected to a deeply unfair trial and sentenced to five years in prison after being convicted of “membership of an illegal group” in connection with her charity work.

And the first trial of two former officials of the Syrian government’s security service charged with crimes against humanity marked an important step towards justice. The historic trial took place in Germany, in which two Syrian former officials were charged with crimes against humanity for torturing and killing detainees in state prisons. The trial was the first of its kind, and a big step towards justice for Syrians.