Six women and their fight for justice in Madagascar

In Madagascar people awaiting trial languish in prison for months on end without receiving a trial date. When Tamara Leger, Amnesty International’s Regional Advisor for Madagascar, came across six women being held in prison for a crime they didn’t commit, she knew she had to do something about it.

All over the country, the stories of pre-trial detainees are disturbingly similar - a general state of poverty, a lack of education and weak police investigations. If a sniffer dog stops in front of your house it can lead to you being held behind bars for years. You will have no access to lawyers while you await your trial date.

As a researcher for Amnesty International, there’s one story I’ll never forget. It involves six incredible women and it has finally reached a beautiful ending.

It all started in April 2017, when a burglary took place in the town of Antsirabe. Several nuns were raped and the police quickly started investigating. One morning, under the scorching sun, a sniffer dog stopped in front of a set of houses. The police arrested everyone inside, including entire families. More than 50 people were arrested and among them were seven women, who I later met.

These women told me they endured police brutality at the police station: “Every time we said, ‘It was not us,’ they slapped us again” said Claudia*.  They were taken to Antsirabe prison, two hours from the capital, Antananarivo.

They didn’t know they were about to spend the next 19 months behind bars. Sadly, one woman died before she had the chance of getting a trial or a lawyer. The six others said she was too old to endure the police beatings and died because of them.

These women were poor, unable to read, write or afford lawyers. They were at the mercy of Madagascar’s criminal justice system, which only works for those who can pay. Their husbands were detained too, leaving their children alone and unattended.

Three of these women (Merline, above, Julia* and Hana*) would hold their babies tightly every day. These babies were the prison’s youngest occupants and one was even born behind bars. Merline was a beautiful 18-year-old woman, imprisoned alongside her mother and baby boy. There it struck me: three generations were being held in prison, without a trial and without access to a lawyer, just because of the government’s failure to protect fair trial rights. It was inhumane.

I asked Merline about her hopes for the future. “I want to work in the fields – it’s my dream,” she said.

I asked how they felt about this absurd situation, being held in a cramped, dirty prison for a crime they didn’t commit, with no chance of a trial anytime soon. The women told me they simply did not understand. “Why don’t they do an investigation?” one asked. “How can they think we would do such a thing?! I would never rape a nun. I can’t speak for our husbands who are on the other side [of the prison], but us women?!” said another. “We have our babies who have lived here all their lives, can’t they give us temporary release?” asked another.

I couldn’t bear to watch this situation any longer and I went to look for the first lawyer I could find. One hundred meters away, on a street parallel to the prison, stood a small law firm. A wonderful woman lawyer agreed to work on their case. Had the government provided a functioning legal aid system, as Madagascar’s Constitution obliges it to, these women could have benefited from legal aid a long time ago. 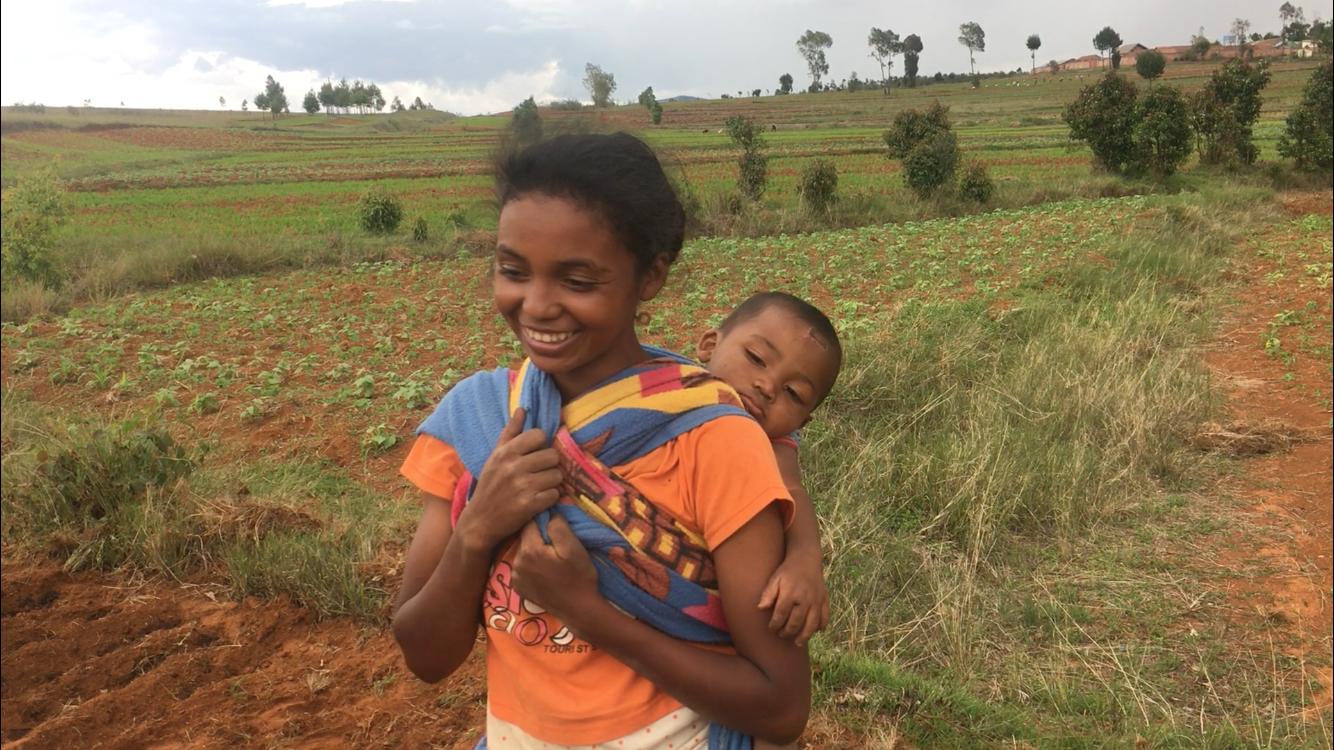 Two months later, I received the most incredible message from the lawyer: “They’ve been acquitted!”

All six were finally free. I later learned that they had been tried and were acquitted on the grounds of benefit of the doubt. According to the lawyer, it’s common practice in Madagascar. Although I am frustrated that the court did not say outright what was glaringly obvious - that these women did not rape the nuns, I am so happy to hear they’ve been released. I am also so grateful for the fantastic work done by the lawyer – had she not pushed the way she did to secure a trial date, she believes the trial would not have taken place before next year.

And when I saw this picture (above) I was so happy we had taken action. There was Merline, in the fields, happily working the land and finally fulfilling her hopes and dreams.

*Names have been changed