You can disappear my father. But you cannot disappear his bravery.

The day before my father disappeared, he told me he was worried. He was reluctant to let me take the train to Karachi. The railways are not safe, he had said to me and that he had a bad feeling. We reached a compromise that he would call me every hour to check on me.

I remember wondering how he thought a phone call would save me if the train really had crashed and burned.

I realize now that it was one of the small gestures that parents make when they don’t know what else to do. I recognize it because now all I want is to do the same for him. Call him on the hour to make sure he is okay.

My father, Idris Khattak, a devoted human rights defender and the most selfless man I know, was forcibly disappeared on 13 November, 2019. I have not heard from him. No one has any idea where he could be. We don’t even know who took him.

In Pakistan, enforced disappearances have been used as a tool to muzzle dissent and criticism of the state. People are just abducted by the very institutions that are supposed to protect them and placed outside the law. There is no arrest warrant, no record, no investigation – as if the person never existed.

My father reported on them regularly, gathering first-hand information for human rights organizations like Amnesty International and Human Rights Watch. The irony is lost on no one.

I had boarded the train, and almost forgotten about my father’s promise of calling me. When I reached Lahore after nearly 5 hours, I glanced at my phone to see no missed calls from him. Puzzled, I called him. He answered to say he was very busy and that he would be staying with his friends for a few days. He also added, strangely, that his phone was almost out of battery and he had left his charger at home.

I tried not to make much of it.

When I did not hear from him for the next few days, I started to panic. I would call his dead phone incessantly.

When I did not hear from him for the next few days, I started to panic. I would call his dead phone incessantly. I spoke to my aunt, who assured me he was fine and said that she had just spoken to him. I was confused but I believed her. My uncle asked me if I could stay on in Karachi for a few days. I sensed a restrained urgency in his tone as I laughed and asked him who would take my exams if I decided to stay back.

It was only on my way back to Islamabad on the train where I got a text message from my friend telling me he was sorry that my father had been abducted. I stared at the phone. How could someone joke about something like that?

I suppose in that moment, you let outrage overcome the sinking feeling that your worst fear might be coming true, to survive.

I moved to an open door on the coach, my hands shaking and heart racing. I cried all the way until the next station. I had no idea who to call or if I even wanted to confirm the news. When I had eventually gathered myself, I asked him how he knew what had happened to Papa. He sent me a screenshot of a news article.

My family had been trying to protect me. Papa had been missing for five days already before I found out the horrible truth that he had, after years of reporting on enforced disappearances, been disappeared himself.

When someone you love gets taken away from you, it catches you by surprise on some days and on others, it is all you can think of. I believed Papa would be home in three days. Days turned into weeks. Weeks turned into months. Like so many others who have been taken away from their families, you never lose count of the days. You hope every morning when you wake up that that that is the day where you finally stop counting. I look at pictures of Papa, and only dream of him walking into the room to be with us again. Like thousands of other families in Pakistan.

There is so much anger to hold on to. At the indifference from the police to the swings and roundabouts of the courtroom. My father is not a casefile. He is a human being who cannot be wiped away like an inconvenient streak of dirt. He is a person, with people who are looking for him. We deserve answers, and he deserves the protection of the law.

It is also easy to sink into hopelessness. But then I think of what he would do in a situation like this for someone else. He would be brave, and that strength is something that no one will ever be able to disappear. 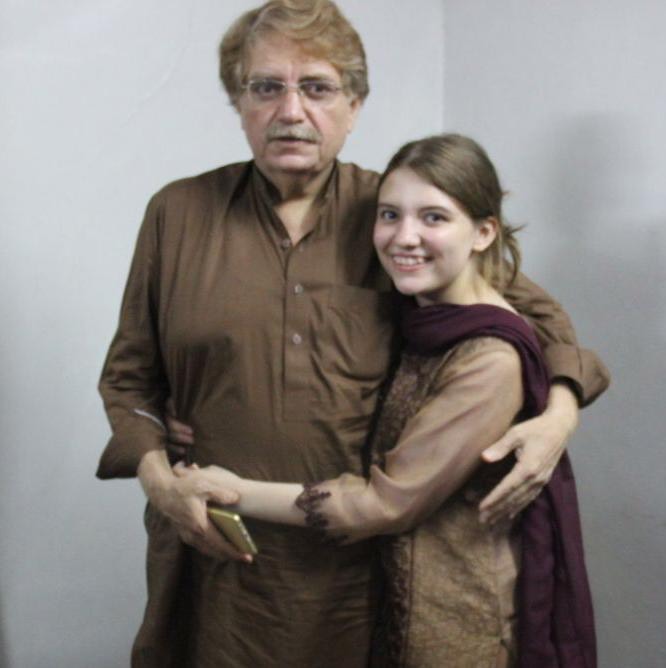 As told to Amnesty International

Eritrea: Repression past and present

Burundi: Pierre Nkurunziza’s death marks the end of an era

Pakistan: Open Letter to State Minister of Health on protection of health workers