Prudence Amoussou, mother of seven children, died on 2 May 2019 from a gunshot wound sustained during the demonstrations that followed controversial legislative elections in Benin. These demonstrations were violently repressed. Several people were killed and others wounded.

Sign the petition and demand justice for Prudence and her family. 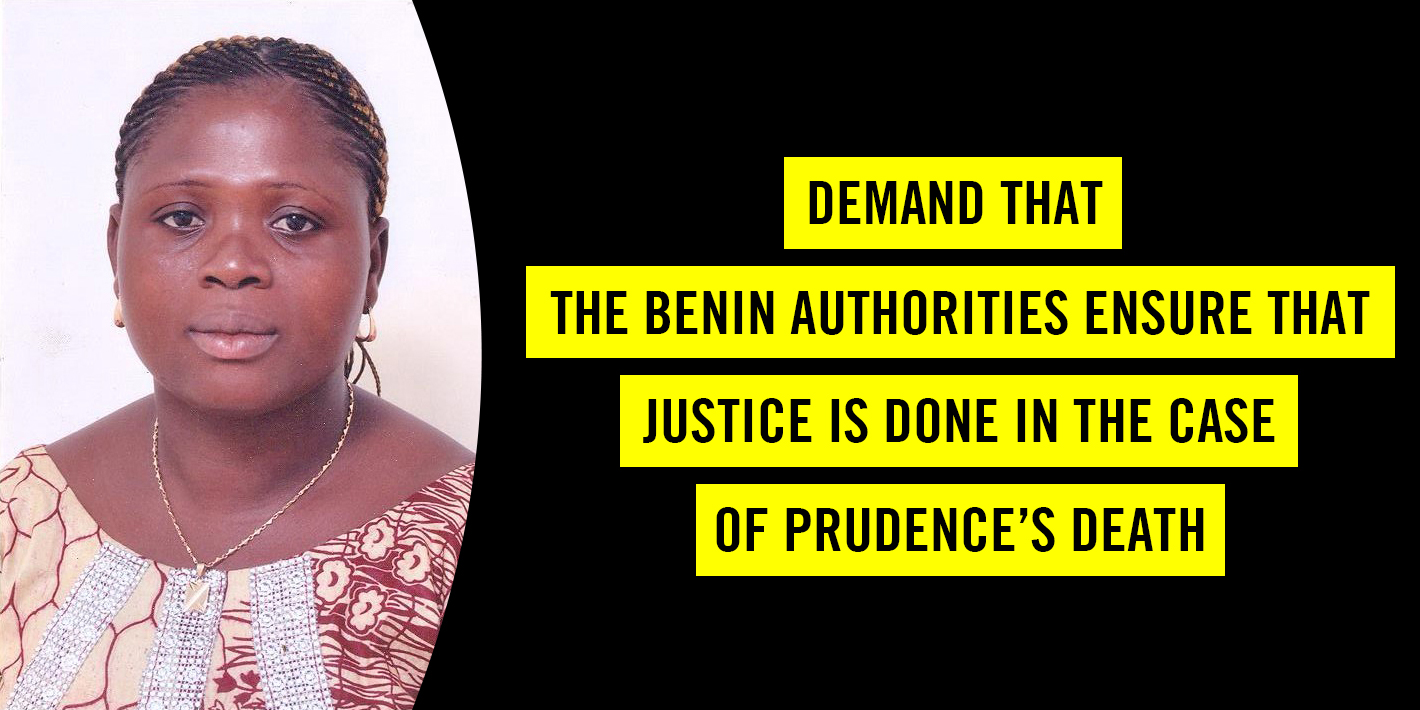 Prudence was a very active woman. She was a seamstress and also sold food to meet the needs of her seven children. She did everything she could to ensure her children had a future.

Her death was a massive shock for the family. Her children, husband, brothers and sisters, as well as her friends, are still unable to come to terms with their loss.

Prudence meant everything to her children. She was warm-hearted and caring. I am really worried about her children.

Prudence died from a gunshot wound. She was shot in the back. A video film showing her lying in a pool of blood in the middle of the road, trying to get her breath, has been widely circulated on social and local media.

On the day of the tragedy, Prudence’s eldest daughter went to the spot where she and her mother generally set up to sell their goods at the entrance to a school, to make sure there was space before her mother arrived. Worried that her daughter had not returned home, Prudence decided to go to meet her.

A few hours later, she was on the operating table at the hospital, fighting for her life. She died shortly afterwards from her wounds.

The family, who had stayed at her bedside in hospital, were denied access to the dead body. Three months later, the authorities ordered the family to recover the body from the morgue within ten days and sent them a death certificate stating that Prudence died “following an illness”.

Prudence’s death must not go unpunished. Her family has requested an independent and impartial judicial investigation, including an autopsy to determine the real cause of her death, as well as judicial proceedings against the perpetrators of this crime.

Demand that the Benin authorities ensure that justice is done in the case of Prudence Amoussou’s death.

Killed during demonstrations in Benin.